We are so blown
away by a biofeedback-based video game we saw at this year’s EmTech Asia which
is both bone chilling and addictive.

So what is it
about the Nevermind game developed by US based female game designer, developer and
CEO Erin Reynolds that got us excited? Reynolds developed a video game that
measures, tracks the bio responses from its players such as their heart rate,
sweat and stress levels or known as biofeedback. This is our body’s natural
response to stimulants such as a horror scene or excitement, the game then
adjusts its game sequence accordingly. Simply put it’s almost like experiencing
our nightmares through a video game.

What Reynolds
has developed at her company Flying Mollusk is pretty cutting edge and a
pioneer in some context. The game Nevermind has a variety of practical applications such as helping patients suffering from severe trauma, extreme stress levels or
even children who are unable to articulate their fears communicate better
through subconscious signals on a gaming platform.

The game is
very immersive, each player has to face their personal demon so as to speak,
unveil their fears, bad memories while doing their best to remain calm, if the
player gets excited or stressed the games’ biofeedback sensor automatically
calibrates the game scenario.

While this
might sound like science fiction, it is not. Hear what Reynolds told us in an
interview. 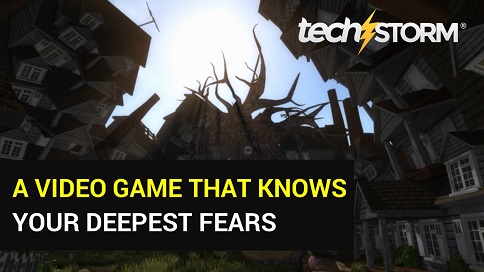 TS: Tell us
what got you started in the first place?

ER:
Nevermind actually started as my Masters thesis
at the University of Southern California. In my program (the Interactive Media
and Games Division of the School of Cinematic Arts), your Masters thesis is an
opportunity to spend a year focusing on a project entirely of your
choosing.

Going into it,
I knew that I wanted to create a game that explored biofeedback-based
interactions (something I had explored a couple of years prior) that also
somehow benefitted the player. In other words, a game that would be both
entertaining but also educational and inspirational. These ambitions were the
seeds from which
Nevermind originally sprung. 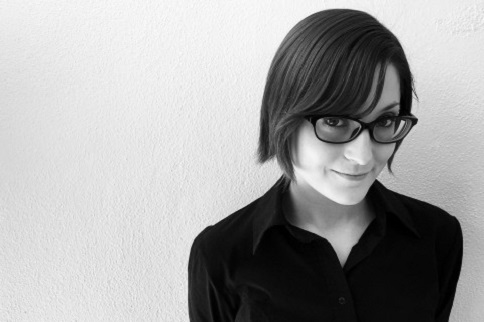 TS: What was
your inspiration?

ER:Each
aspect of
Nevermind draws upon many varied sources of inspiration – from
fine art and music to psychology and science. However, at the heart of it, the
underlying ambition to create a game that is both enjoyable and helpful comes
from inspiration in my own experience as a gamer.

Games like
Dance
Dance Revolution
and Ecco the Dolphin (among others) had an
incredibly significant impact on my own life.
DDR helped
re-contextualize exercise for me – it showed me that “working out” could be fun
and, as a result, I’ve led a much healthier lifestyle since having been
introduced to the game.
Ecco the Dolphin instilled a curiosity in me
about the wonders of the sea so deeply that I very nearly became a marine
biologist. Inspired by my own experiences (and similar experiences I’ve heard
about from other gamers), I’ve been driven by a desire to explore how games can
engage players and benefit them in lasting ways – whether it’s helping people
learn a new skill, building awareness and empathy around an issue or cause, or
simply motivating players to consider a different perspective on the world –
all through the magic of play and adventure combined with powerful technology
like biofeedback. This was one of the strongest driving forces behind
Nevermind. 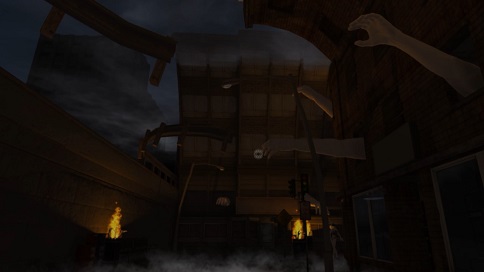 TS: How long
did it take for you to develop the first prototype?

ER: The
academic version of
Nevermind actually started way back in 2011. From
2011 to 2012, an interdisciplinary student team and I developed a proof of
concept for
Nevermind – essentially a single level prototype that
demonstrated the biofeedback fully working as designed within the context of a
“traditional” gameplay experience. While the student team and I graduated that
May, I felt like
Nevermind’s journey wasn’t quite over yet. As such, in
2013, I founded
Flying Mollusk to continue and expand
Nevermind and,
as such, development resumed in the summer of 2014. In 2015 we launched the
current version on Steam and are still actively improving and expanding the
game (adding new sensors, platforms, and -hopefully eventually- new content) to
this day.

So, from
student project to commercial release, it has been a game that has been about
five years in the making and is still growing today. 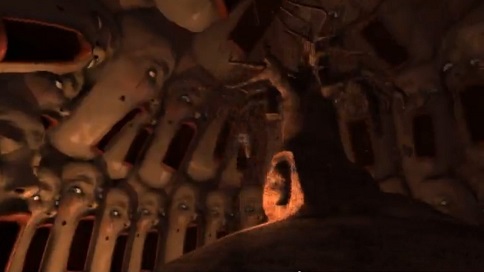 TS: Tells us
one of the biggest challenge you’ve faced?

ER: We are one
of the first developers to lead the way when it comes to biofeedback in gaming.
As such, when dealing with any new, innovative technology there
are, inevitably, challenges not only in integrating this unique technology
itself, but also in evangelizing the potential of an experience like
Nevermind’s
and proving to the world that something of this nature is even possible.

For example,
when I first started working on
Nevermind back in 2011, there was really
only one device out there that both had the potential to be compatible with a
game like ours
and was accessible and affordable to “every day”
consumers. Furthermore, many people back then felt that this technology
wouldn’t ever work within a game – they feared that people would be adverse to
technology having access to things like heart rate or thought that folks would
be uninterested in owning wearable sensors. However, since then, we’ve seen a
huge rise in pulse-sensing wearables – from the FitBit HR to the Apple Watch
and many more. So, despite the challenges we’ve encountered along the way, we
have always been confident in the technology and have been very encouraged to
both observe and to be a part of its evolution over the past five years.

TS: Looking
back, what would you have done differently if you have known what you know
today?

ER: Given that
the possibilities for biofeedback in gaming is so new, we’ve focused a large
part of our R&D efforts on broad sensor integration. While we wouldn’t
necessarily change that, I do feel that if we knew then what we know now – that
the technology would rapidly grow and that the gaming community would, in fact,
be energized by the notion of a biofeedback gaming experience and hungry for
more – I would have perhaps focused on supporting fewer devices out of the
gate, and instead invested more effort on creating more content for
Nevermind
earlier on in the process. 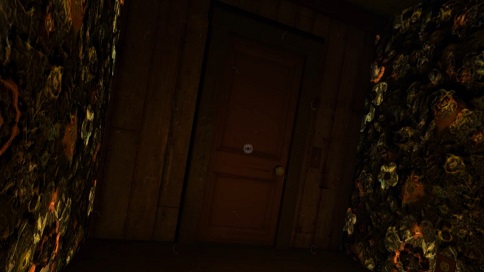 TS: Name one
compelling use case for your game.

ER: Having a
game respond to your internal, subconscious signals creates a whole new level
of immersion that we have yet to see in most games currently on the market.
This is especially the case when applied to an aesthetically and narratively
rich gameplay experience like
Nevermind. In this way, the intended use
case for the current version of
Nevermind, is that it both draws-in and
delights players
and provides them a compelling motivation to become more
mindful of their own internal responses to stressful and uncomfortable
situations – making them more effective both in playing
Nevermind but
also when encountering those “every day” stressful situations we all face in
real life.

Beyond that, we
intend to take this ambition further by continuing to work closely with
behavioral and medical professionals to develop a version of
Nevermind
(or a similar experience) that can be used specifically within a therapeutic
setting for potentially helping those who experience things like PTSD (Post Traumatic
Stress Disorder) or clinical anxiety. 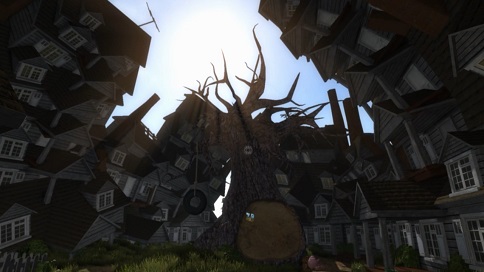 TS: How will
Nevermind change the world as we speak?

ER: Currently,
it feels like so many of the current applications of biofeedback in interactive
technology fall under the “health app” category. This isn’t a bad thing in and
of itself, however, there is so much untapped potential for biofeedback input
and consumer technology to work together to create amazing, powerful tools and
experiences. My hope is that
Nevermind will not only inspire other creators
to leverage this incredible technology, but also to do so in a way that will
benefit and empower their users – entertaining while also elevating them with
all the technological magic that is now at our fingertips.

ER: While I
have serious environmental concerns about the state of the planet in 2030,
provided that that is under control by then, I think we’ll find ourselves in an
even more global, connected, and imaginative world – one with fewer boundaries
to hold us back from creating new and awe-inspiring experiences and works of
art.