A London-based company named Moley Robotics is
currently perfecting a robo-chef, which is capable of whipping up thousands of
scrumptious meals for you and your family. With the future of the kitchen at
this level of technology, family gatherings will no longer be an issue and
slaving over the stove will be a thing of the past. 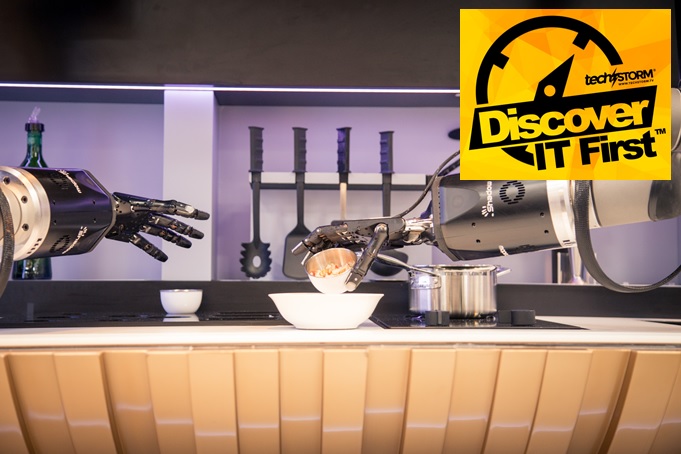 Moley Robotics has a working prototype of both the
robo-chef and specially built robot kitchen, which is capable of preparing
meals as of now. Each movement that the robo-chef perfectly mimics the action
of a human chef who has performed the same meal – think Gordon Ramsay or Jamie
Oliver whipping up their signature dishes for your dinner party! This human
chef preparing the meal, will be filmed by 3D motion capture technology while
wearing cyber gloves. 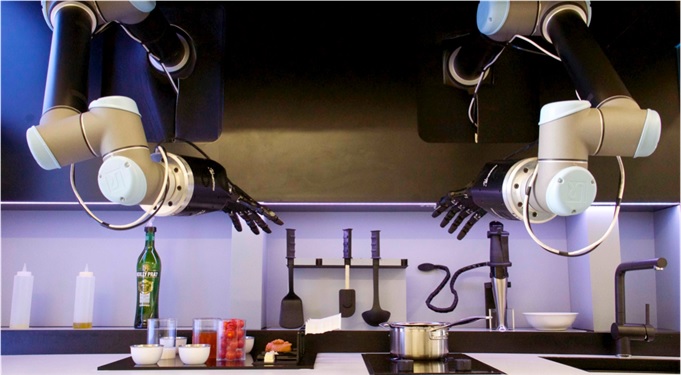 The information will then be then transferred to the
robo-chef’s mobile application. Once it is being uploaded into the library of
dishes that the robo-chef can whip up, all you really need to do now is pick a
dish you want for your meal and not-so-patiently-wait for it.

The magic actually happens when you see this pair of
humanoid hands mimic the function of human hands with the same speed,
sensitivity and motion. The specially built robot kitchen will include an oven,
hob and a touchscreen unit. When the pair of humanoid hands are not in use they
are being stowed and away from view. 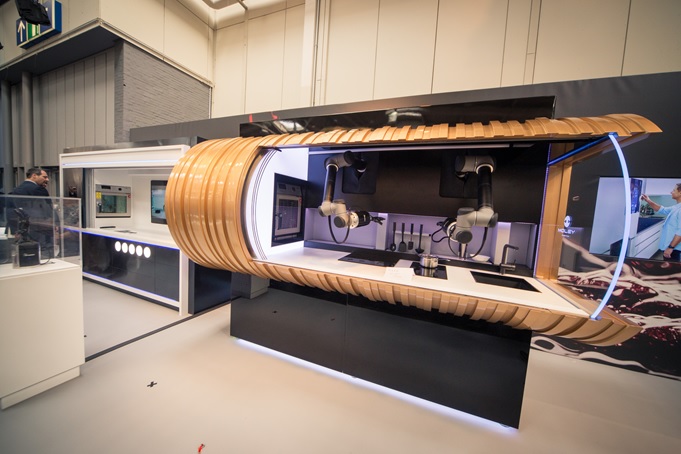 Everything and anything good sure comes with a hefty
price tag, the entire robot kitchen looks set to be priced at a hefty £75,000
during its launch set for the last quarter of 2017 (another two years).