Samsung S6 Is Bringing Sexy Back!


Samsung S6 Is Bringing Sexy Back!

Twice the head turner this time around

We finally got our hands on Samsung’s latest Galaxy instalment, the S6 and S6 Edge. It is really everything that you may have anticipated and so much more. A meticulously crafted compact wonder; to think that something so small can pack so much punch.

To be honest, pictures of the S6 and Edge really do not show any justice to Samsung’s product design capabilities. It is sleek, sexy and most definitely something to shout about. The S6 and Edge boast a 5.1” Super AMOLED display that fits snuggly into the palm of your hand without feeling too plastic or heavy. Samsung has also lowered the screen-lock button at the side for better one handed usage. 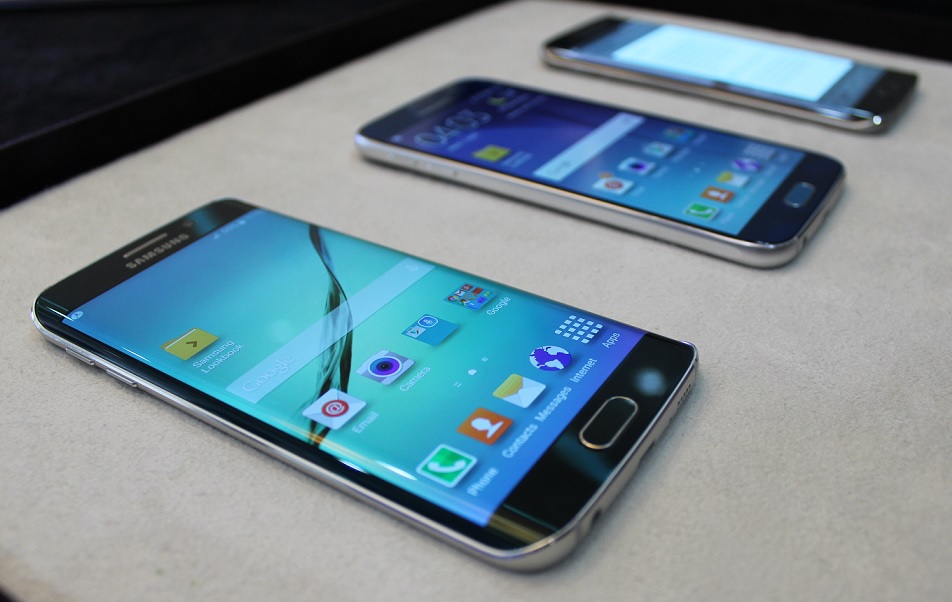 Notable improvements have been made with the camera on S6 and Edge. The f1.9 lenses and high resolution sensors on both cameras provide for awesome image capturing. Meaning picture perfect selfies and group shots even in dim light. In addition, a ‘Quick Launch Camera’ feature for easier access to the camera; in 1 second or less. All you would need to do is double click the home key button regardless of any screen you are on.

Needless to say, both models pack the latest technology and some really nice upgrades from their predecessor the S5. With specifications like 4G+ LTE, Octa Core processor, Android Lollipop, UHD video player, 3GB RAM, wireless charging compatibility, 2550mAh (S6) and 2600mAh (Edge) battery life, there really isn’t much else to ask for.

Besides the Smartphone itself, Samsung has gone one step further to design a range of swanky accessories to dress up and power the S6 and Edge. For the bling crowd, Samsung teamed up with Swarovski and produced a range of snap back covers for the S6 and Edge. It really adds the ‘bling’, if you get what I am saying. For those who prefer full protection, there is the clear view cover that is light weight and fully see through, allowing you to view messages without having to flip the cover. 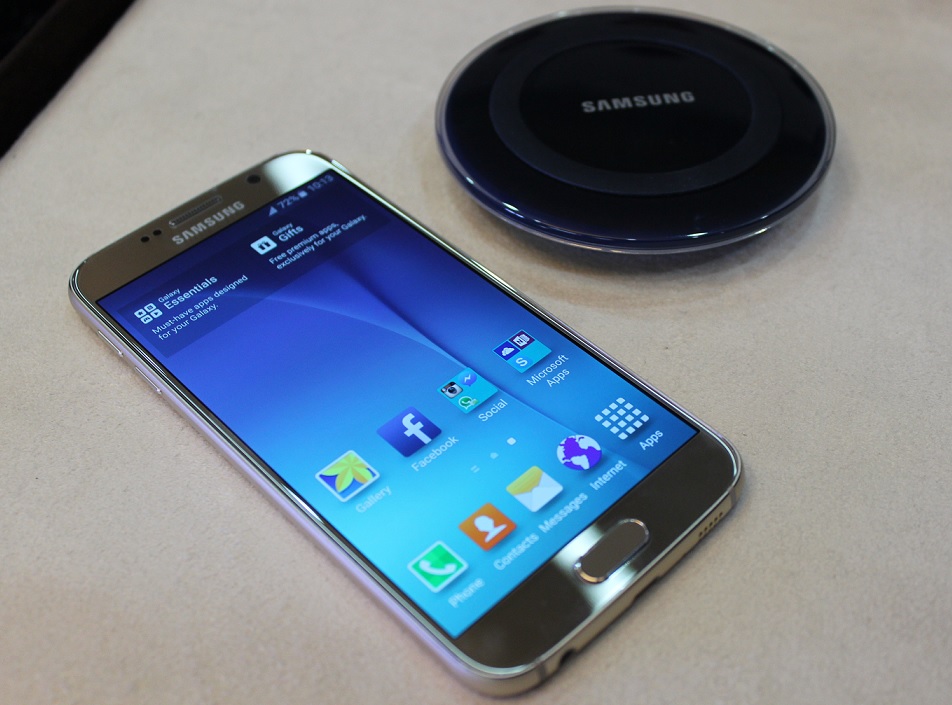 Powering the S6 and Edge is like a magic show in itself with wireless charging capabilities. Days of purchasing multiple charging cables are finally over! Just place the Smartphone on a charging pad and that’s it. Simple, easy and without fuss.

Both models will be available from 11 April 2015 onwards, with 32GB, 64GB and 128GB storage. Prices start from S$998 for the 32GB S6 and S$1168 for the 32GB Edge version. The S6 and Edge are available in three distinctive colours, White Pearl, Black Sapphire and Gold Platinum. While Blue Topaz and Green Emerald are model specific colours for S6 and Edge respectively.

Side view of the new Samsung Galaxy S6 in Blue Topaz

Front view of the S6 Edge

Charging is simple with S6's ability to charge without a wire

It really is sexy and you know it!

Other accessories specially designed for the Galaxy S6 and Edge