Get ready to meet Samsung’s all new and sleek Note 5 and S6 Edge+ addition to its Smartphone arsenal that will definitely leave you in awe.

Samsung sure knows how to make its fans excited. Nothing really means ‘happiness’ to a techy, unless you get a gadget launching earlier than its usual expected date and with significant upgrades to its overall specifications to boot.

With the Note 5 and S6 Edge+, Samsung has done that and a little more. 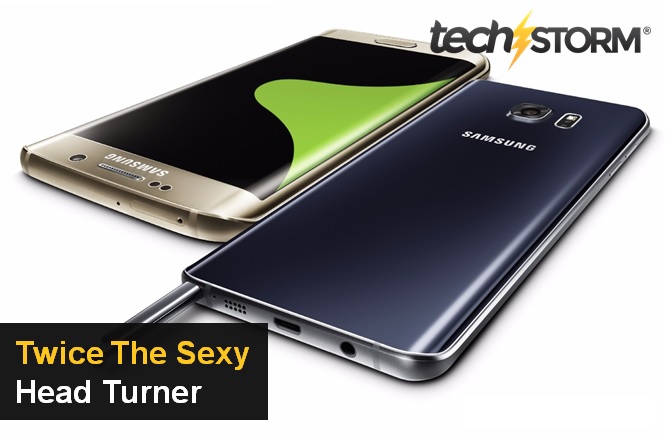 Internal specifications wise, there are minimal differences between the Note 5 and S6 Edge+. Both devices are beautifully designed in glass and metal which gives it a very premium look and feel. Although it boasts a larger display than other devices, they will still manage to fit snuggly in your hands.

Here’s a breakdown of their internal specifications:

Samsung has always been known for its amazing camera functions and no, they did not disappoint. The Note 5 and S6 Edge+ proudly boasts a 16MP rear-facing camera and a 5MP front-facing camera, both of which have f1.9 aperture lens. Meaning you get to take better lit images even under dim light.

Aside from the new normal of having a Beautification mode for front-facing cameras, the Note 5 and S6 Edge+ also has features like Wide Selfie for group shots, Video Collage, Voice and Gesture Controls.

One impressive improvement is the video recording capabilities of the rear-facing camera. How much has it improved? Well, how about 4K recording for starters. The Rear Camera is able to record in amazing 4K resolution, 2160p at 30 fps (frames per second).

Unique To The Note 5

The Note 5 is equipped with an enhanced version of the S Pen. Samsung has included some flair when it comes to the enhanced S Pen. Instead of pulling the S Pen out just like its predecessors, all you need to do now is to press it and it will pop out, which is pretty neat.

The S Pen now offers improved writing capabilities and faster detection. The Air Command has also been changed for the better. It now offers Action Memo, Smart Select, Screen Write and you are able to program an addition three favourite shortcuts.

Smart Select allows you clip images of a specific website and save it into the Scrapbook app instead of saving the URL. It is almost the same as a screen grab, however it allows you to crop only the portions that you want.

In addition, the Screen Write feature allows you to Scroll Capture up to 22 webpages and make footnotes on it. Super useful when you are asking for your friend’s advice on which dress to buy. 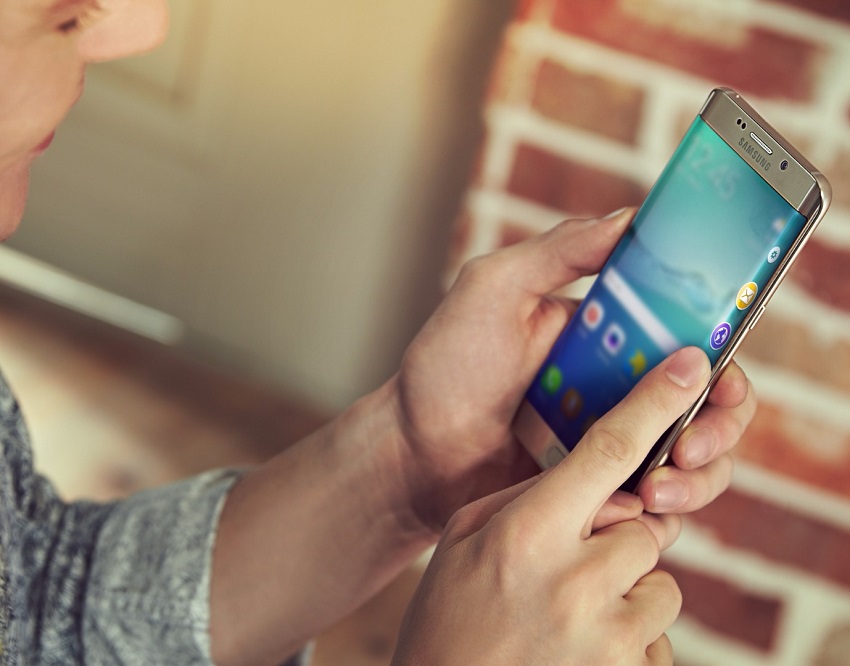 Aside from the Note 5’s S Pen, both devices are similar internally as they are equipped with the same powerful processor, camera and connectivity functions.

Secondly, the most obvious difference is that the S6 Edge+ has dual curved screens while the Note 5 doesn’t. The Note 5 however, does have a slight curve on its back to provide a better snug grip.

We don’t really talk about accessories when it comes to a Smartphone review but this, this is truly noteworthy.

Accessories for the Note 5 and S6 Edge+ will start retailing at SG$68 for the S View Cover to S$418 for the Level On Wireless Pro Headphone.

With the Wireless Charging feature, charging is now hassle free!

A myriad of glitter worthy accessories to fit any lifestyle!

QWERTY Keyboard mount for the Note 5 and S6 Edge+ is what we have long wanted for.

Notice the difference in screens between the two different sets.