Home / Articles / Can You Believe This Is Not Meat?

From flying cars to robotics and now growing actual meat, inventions
and innovations we had read about in Science-Fiction stories are slowly but
surely coming to life, proving that Science-Fiction is slowly becoming
Science-Non-Fiction.

Post is the Team Lead – Cultured Beef, Maastricht University
and is in the process of refining the science of growing meat in his lab back
in Netherlands. Post says that he is ‘looking at having cultured beef on our
shelves say within the next seven to eight years’. Benefits of having a viable
alternate livestock source will significantly reduce the emission of harmful
greenhouse gases into our atmosphere. 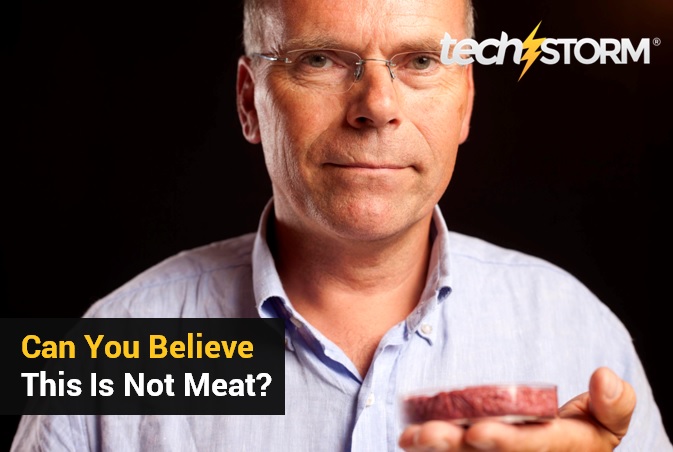 We had the opportunity to speak to Post and find out more about
his ‘in vitro meat’ innovation, when he visited Singapore to give a talk at the
annual EmTech Asia 2016. This is a two day event held from 26-27 January where
the greatest minds of both the technology and medical world gather to share
their progress and insights.

TS: Could you share
with us, how in the world did you even started on this idea of culturing beef
in your lab?

MP: I sort of got in there by coincidence. I was tissue
engineering blood vessels, for bypass surgery and the technology lands itself
in all sorts of other tissues. It was then that I got acquainted with the
possibly to use this for skeletal muscle, in particular for the consumption of
beef, so I started working on that.

TS: But why beef in
particular and not other sources of protein like pork or chicken?

MP: Beef is especially important because cows have a very
inefficient production system, in the sense of transforming vegetable proteins like
grass, to animal protein in the form of beef. Pigs are more efficient – about
twice as efficient as cows. Chicken are even more efficient than that. In
addition, a cow is a ruminant which emits methane – one of the most powerful
greenhouse gases that we have.

TS: How long did it
take you to culture your first prototype, in this case ‘in vitro meat‘?

MP: From the moment that we got the funding to our first
prototype, it took about a year and a half.

TS: Recalling your
journey from the idea inception to now, what would you say is the biggest
roadblock you have faced?

MP: Funding issues aside, the biggest challenge would be
culturing that many cells with traditional technology. 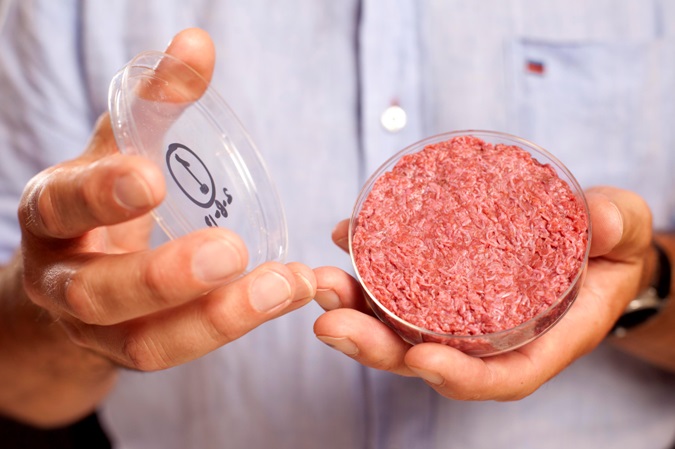 TS: Could you share
with our readers and who might not exactly have a science background, how many
cells or muscle fibres does a regular meat patty have and how long does it take
to culture it?

TS: Given a chance to
go back in time, would you have done anything different?

MP: From the moment that we had presented the proof of
concept in London, I probably should have started a company immediately and get
private funding to speed up the process, instead of going through charity
funding.

TS: What has been the
one greatest satisfaction working on ‘in vitro meat‘ so far?

MP: I think the greatest satisfaction is seeing that it
works, that you can actually do this and that many more people than I initially
expected are embracing this technology and are looking forward to it.

TS: In your opinion,
what do you think is the one compelling consumer use case for your invention?

MP: I think the most compelling case is that people who are
aware of the issues of livestock like beef production, in terms of food
security, animal welfare and the environment will convert to eating cultured
beef instead of livestock beef. Having said that, I think the eventual sort of
goal is to solve large scale livestock issues. 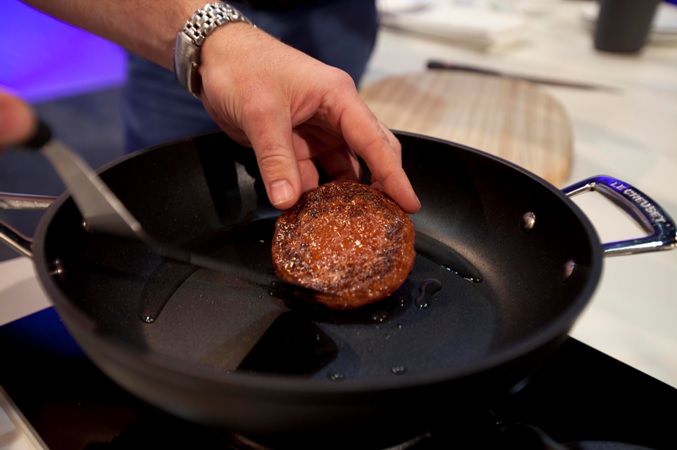 TS: How would having
‘in vitro meat’ disrupt our lives and probably change the world as we know it?

MP: The point is that it would not disrupt our lives, but if
we do not do anything it will disrupt our lives. Meat will become a very scarce
and expensive item as the demand is growing, while production is not really
keeping up. This technology will allow us to keep our lifestyle without the
negative consequences on the environment and food security.

It will change the whole supply chain – in terms of
livestock farmers. I am proposing to
reduce the number of livestock for cows, from 1.5 billion to say 30,000 and
obviously you need a lot less farmers for that.

TS: In one sentence, how
would you describe life in 2030 would be like?

MP: In relation to the food and meat system, I think in 2030
we would have adopted cultured beef on a large scale and we would be
comfortable with it that we can eat meat without all the negative consequences.

We are looking at having cultured beef on our shelves say
within the next seven to eight years, as we need four to five years to get it
to the market. It will initially be expensive at a cost price of about
50Euro/kg. That is 20 times more expensive than the cheapest meat that we have
right now, but it is sort of in the realm of marketability for high end
restaurants and speciality stores. This price point is the result of current
technology scaled up and not the improvement of the technology.

So it is easily imaginable that the technology will improve
and become more efficient. Now we already know where to do that, in order to bring
the price down to a competitive or even cheaper price than what meat is right
now.