The US Food and Drug Administration (FDA) has given the green signal for the
world’s first 3D-printed pill to be produced. 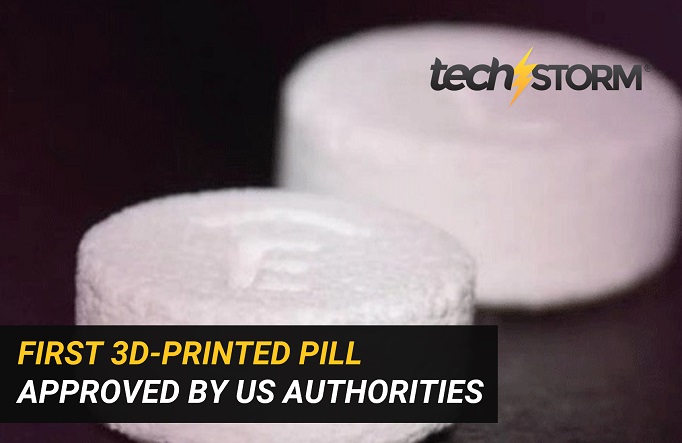 The new drug, dubbed
Spritam, was developed by Aprecia Pharmaceuticals to control seizures brought on by epilepsy. The company said that it planned to develop other medications using its 3D platform. Spritam will launch in the first quarter of 2016, according to Aprecia.

Printing the drugs allows layers of medication to be packaged more tightly in precise dosages. A separate technology developed by the firm, known as
ZipDose, makes high-dose medications easier to swallow. Printing the drug meant it could package up to 1,000 milligrams into individual tablets. The 3D-printed pill dissolves in the same manner as other oral medicines.

Being able to 3D print a tablet offers the potential to create bespoke drugs based on the specific needs of patients, rather than having a one product fits all approach, according to experts.

“For the last 50 years we have manufactured tablets in factories and shipped them to hospitals and for the first time this process means we can produce tablets much closer to the patient,” said Dr Mohamed Albed Alhnan, a lecturer in pharmaceutics at the University of Central Lancashire.

It would mean that medical institutions could adjust the dose for individual patients with just a simple tweak to the software before printing. Previously, such personalised medicine would have been extremely expensive to produce, said Dr Alhnan. 3D printing works by creating an object layer by layer. In the case of medicines, printers are adapted to produce pharmaceutical compounds rather than polymers which are more usually used.

Such methods are already proving very useful in healthcare with doctors using the system to create customised implants for patients with injuries or other conditions. And dentists, for example, use 3D printers to create replica jaws and teeth as well as other dental implants.

Researchers at the School of Pharmacy of University College London have been
developing a technique to 3D-print pills in different shapes, from pyramids to doughnuts, using a technique known as “hot melt extrusion”. The different forms, which would be hard to manufacture using standard production techniques, release drugs at different rates. Their research has found that the rate of drug release is dependent not on surface area, but on the surface area-to-volume ratio. A pyramid-shaped pill, for example, releases a drug slower than a cube or a sphere, allowing absorption to be controlled.

Disclaimer: The above images and trademarks
are the sole and exclusive properties of their respective owners and are
reproduced herein for the purpose of fair criticism and review. Tech Storm does not necessarily endorse the views or opinions given by any third party content provider.