The saying is true ‘boys don’t ever outgrow toys’,
their toys evolve to become more expensive and elusive. Meet Mohammad Lufi, 44,
professional Photographer, father of one and an avid collector of retro
tabletop game consoles.

Retro game consoles in his arsenal range from Donkey
Kong to Mario to Space Invaders, he has them all – 45 of them to be exact. We
had a chance to speak to Lufi on his collection, drive for collecting and the
truce he has with his wife when it comes to their individual collections. 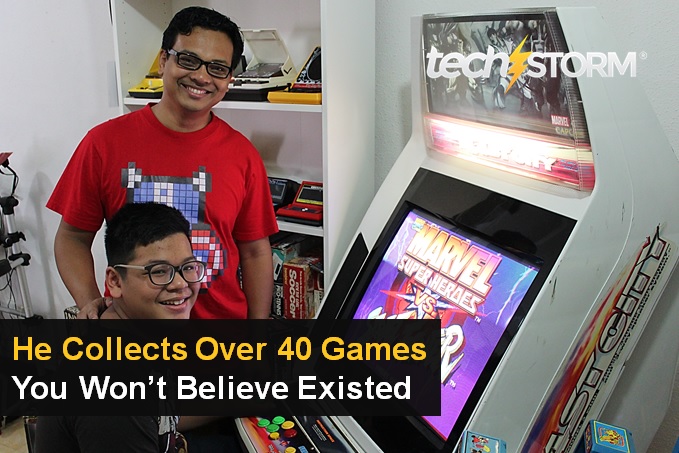 1. Hi Lufi, could you share with us
when, how and why did you get started with collecting these retro tabletop
consoles?

This hobby started almost 3 years ago (2012) after a
trip to Sungei Road where I used to go shopping for vintage treasure. I used to
collect vintage items like pianos back then. During this trip, I chanced upon a
retro tabletop console that I used to play when I was young. That was the
moment that sparked my interest for retro game consoles.

I love the way the retro game consoles sound and
their pixelated graphics, it brings me right back to my childhood years – like
none of the newer games can. Before I knew it, I had an entire cabinet filled
with retro tabletop consoles.

2. So, in three years how many
consoles have you managed to collect and what games are they?

I have around 45 pieces in my collection. They range
from Bandai, EPOCH, TOMY and even a rare TOMY console that was made here in
Singapore! I have games like Donkey Kong, Space Invaders and Caveman. Some of
the games that I have are familiar popular games, while some are only available
in Japan. 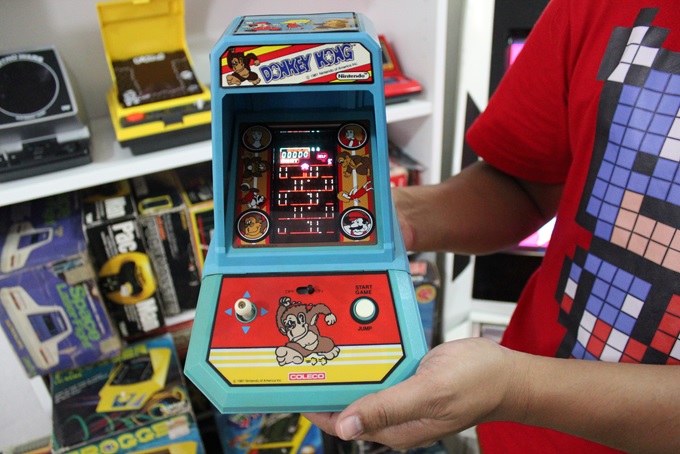 3. Which one of your consoles is the
most expensive?

It would be the Donkey Kong console which cost me
almost $600. It is so highly prized because of its popularity. When I first
bought it, I no idea how popular it really was. What appealed to me was its
design and packaging – I just really wanted to own it.

4. How do your friends and family feel
about your collection?

My friends think that the collection is cool and
would sometimes self-invite themselves over to play with the tabletop game
consoles. However, most of the time I would reject them as they can be very
rough with the consoles! The major problem with these retro consoles is that
once it spoils, there is almost no way to fix it back.

During the GameStart Asia event a couple of weeks
ago, when children would come up to play with the consoles, my heart literally
skipped a beat every time I see them rough handling it.

When it comes to family, my wife has relented or
rather admitted defeat. When my wife knew the prices I was paying the real
price of the consoles she screamed at me. However, since then we have come to a
compromise and agreed that I would not speak of her bag collection, if she
would not speak of my console collection. It has worked out quite well since. 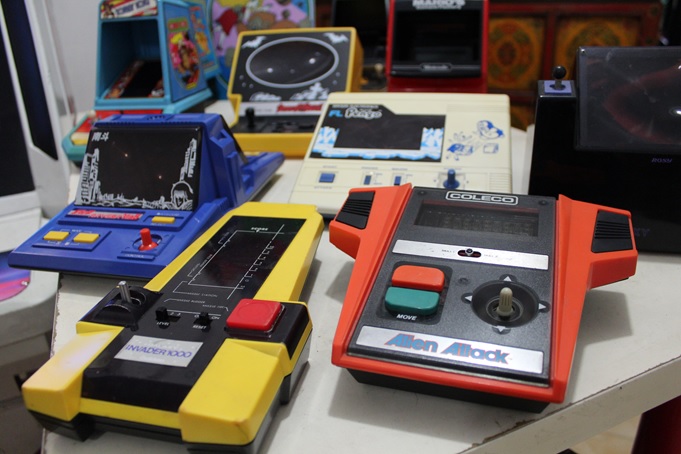 5. Do you think that maybe one day you
might fall out of interest with this hobby?

I haven’t exactly figured this out just yet. It
seems like every time I try to stop, an interesting console will be up for sale.
Friends of mine will somehow find a new console at that very moment and would
ask me if I am interested– of course I am! It just feels like the more I want
to stop my collection, the more offers I receive.

To date, this hobby of mine has brought me to gaming
events and conventions. In 10 years’ time, I think it would have opened up more
doors for me to showcase my collection. At the same time, I hope that my
collection can show the teenagers and children these days how games used to be
before PlayStation and XBOX came about.

7. Do you secretly hope that your son
will share the same passion as you for your hobby?

Well, it is ultimately up to him. I don’t expect him
to like what I do. My son finds the retro tabletop console games too slow for
him and would rather play with his PS4. The consoles that I have now are what I
want and what I like during this period of time. 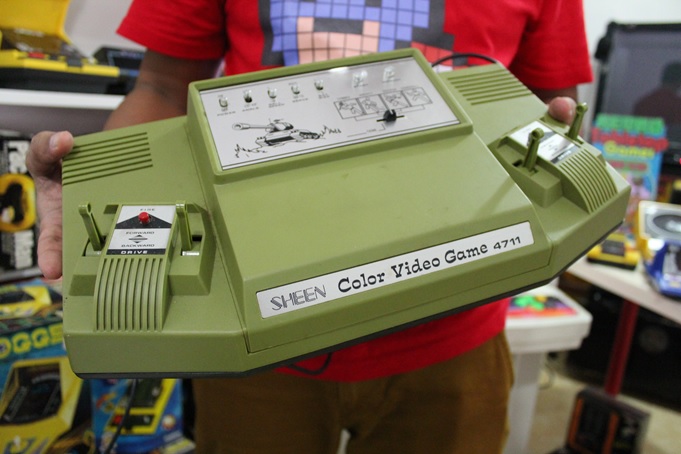 8. Any wise words for those looking to
start collecting retro tabletop consoles?

I would tell them that they would need a lot of
patience, to enjoy what they have and have a good cash flow. Retro tabletop
consoles don’t come by often and when someone offers a set, there isn’t much
time for consideration as they get bought quickly. For me, if I really want the
console I would just purchase it. I have come to a point where having the
console is more important and money has taken the back seat.

9. Last but not least, the most
important question. What does your collection ultimately mean to you?

It reminds me of my childhood and where I come from.
I didn’t come from a wealthy family and we didn’t have very much, which made
owning a game console a luxury. I think that’s why I wanted to start collecting
them because I couldn’t have it when I was younger.