Home / News / I Built My Own Smartwatch In A Minute

Build it up and break it down to
your wrist-fancy, with the world’s first modular Smartwatch

Looks
like modular is the only way to go with technology moving forward. Meet BLOCKS,
a company that has invented or rather reinvented the world’s first modular
Smartwatch. 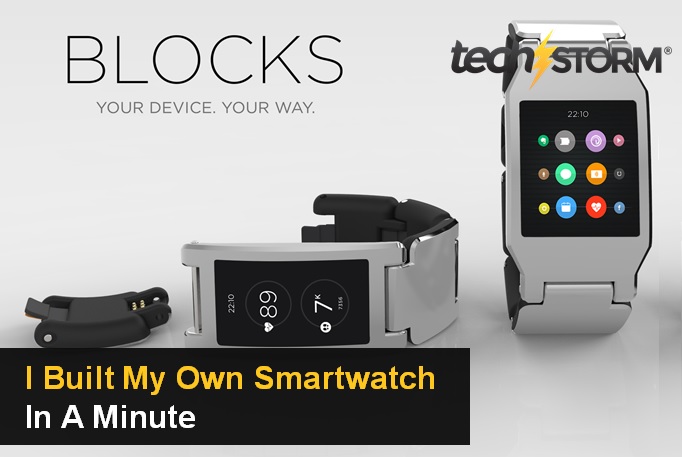 By
modular, we mean that it allows you to build the Smartwatch based on features
you want and need – rather than a stock Smartwatch that is equipped with
run-of-the-mill features that you may not require.

Modular
gadgets like BLOCKS are future-proof, which is its major plus point. A simple
switch of the dated module is all that is needed. Meaning, your gadget will
never go out of style!

BLOCKS
has modules like kinetic charging, fingerprint sensor, heart rate monitoring,
and GPS just to name a few. Aside from the modules, it has similar basic features
as all other Smartwatches. Take for an example, answering of phone calls, send
and receive text messages, social media notifications, track your sleep and
schedule. BLOCKS will also be compatible with both Android and Apple platforms,
which is great because most Smartwatches in the market now only focus on one
platform.

So
when is it available? Well, BLOCKS is still not up for mass market sales.
However, they are about to start its crowdfunding campaign within the next
couple of days! So do keep a look out for them. In the meantime, check them out
here.

If
you are interested in checking out other modular gadgets, take a look at Google’s
modular Smartphone named ARA
here!

Disclaimer: The above
images and trademarks are the sole and exclusive properties of their respective
owners and are reproduced herein for the purpose of fair criticism and
review.