As
a follow-up story on International Women’s Day event organised by SCCCI-CWG in Singapore, we managed to speak to Tan Hooi Ling, Co-Founder of Grab in an one-on-one interview. We talked about her experiences in entrepreneurship,
particularly at Grab in their early start-up phase. 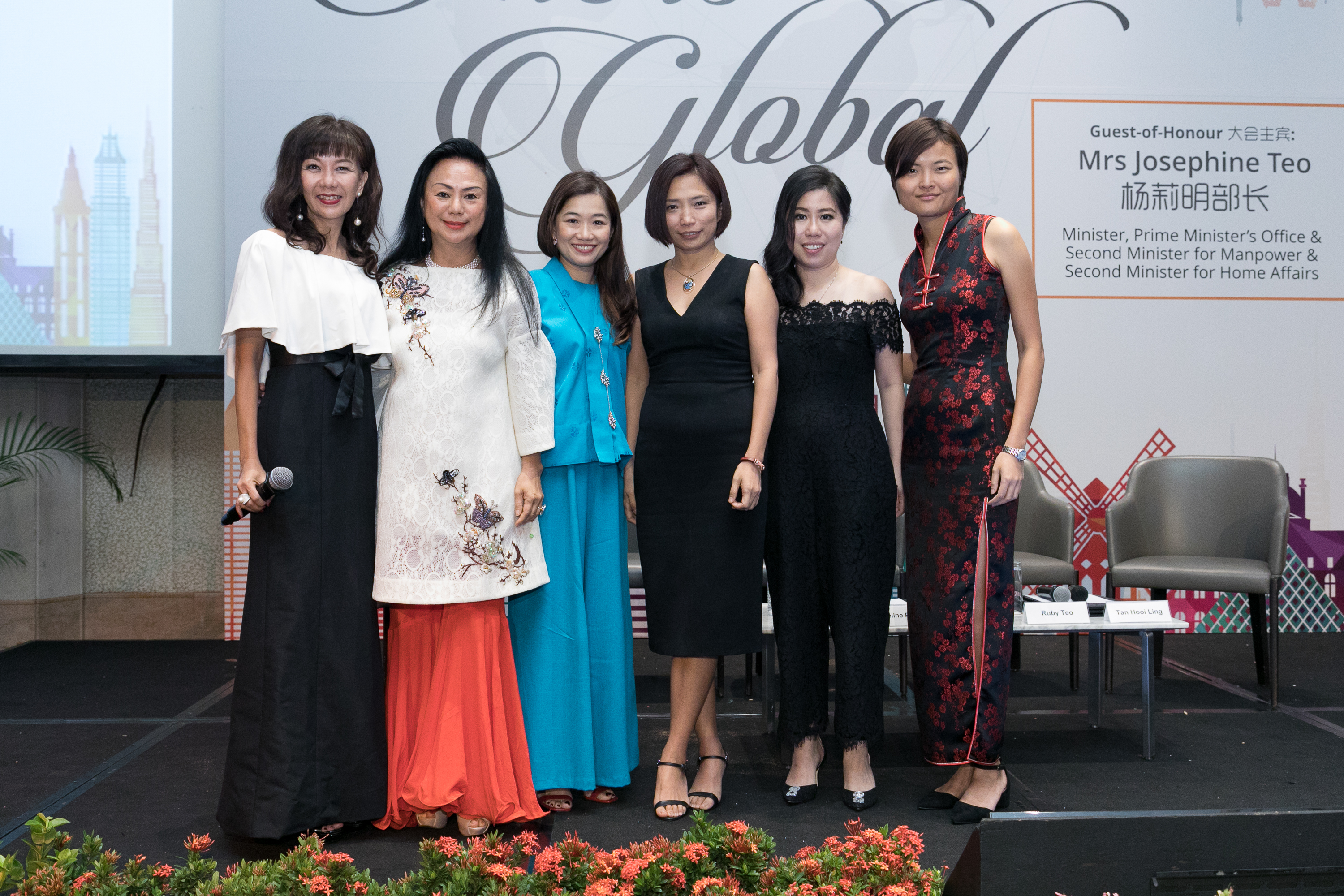 TS:
How did you get started on entrepreneurship? Was this a path you foresee
yourself doing?

HL:
Actually it is quite the contrary, I never ever thought I would be an
entrepreneur because I had a career in management consulting that I was quite
happy with, but I think that what happens for most entrepreneurs is that you
start to think about an idea you get super passionate about and then you start
to realise that it is worth all your time and this is actually what happened to
me. I met Anthony in business school, and we came up with the idea which was
actually quite crazy.

Solving
safety, taxis, in Malaysia, if you put all three together you get the same
reaction my parents gave me which is “what in the world are you
thinking”? But it was something that was so important to us as it was a
huge problem that we had a solution for, so we spent a lot of our time and
effort to get it through.

The
good news for us is that it was a humongous market fit. Customers needed the
solution, whether they are passengers finding safer rides, or riders looking
for more efficient earnings; and it just grew and grew to what it is today. And
as it started to gain more and more traction, we started to feel more and more
responsible for the impact that we are having, and we also realised from that
growth that we can have more impact in many different areas. So that is how we
grew from a Malaysian company to a regional company and now we are in eight
countries. And we are really thankful for that because if it weren’t for the
idea and passion, we wouldn’t be able to do it.

TS:
You previously mentioned that you were in management consulting, how has your
corporate background help you in growing your business?

HL:
I think all sorts of experiences help us. The good news about what I learnt
from management consulting is that I now have a better understanding on what it takes to
scale to a global MNC. At the same time, we all need to know that different
things matter in different points in time for any company that is growing. So
when we were first a start-up, if we tried to do the practices of a global MNC,
we would have failed completely, because it would not have given us the ability
to be fast and flexible and agile. But now with the fortune that we have, we
are have scaled to four thousand Grabbers, eight operational countries, and you
can see that a lot of learnings are coming into place. 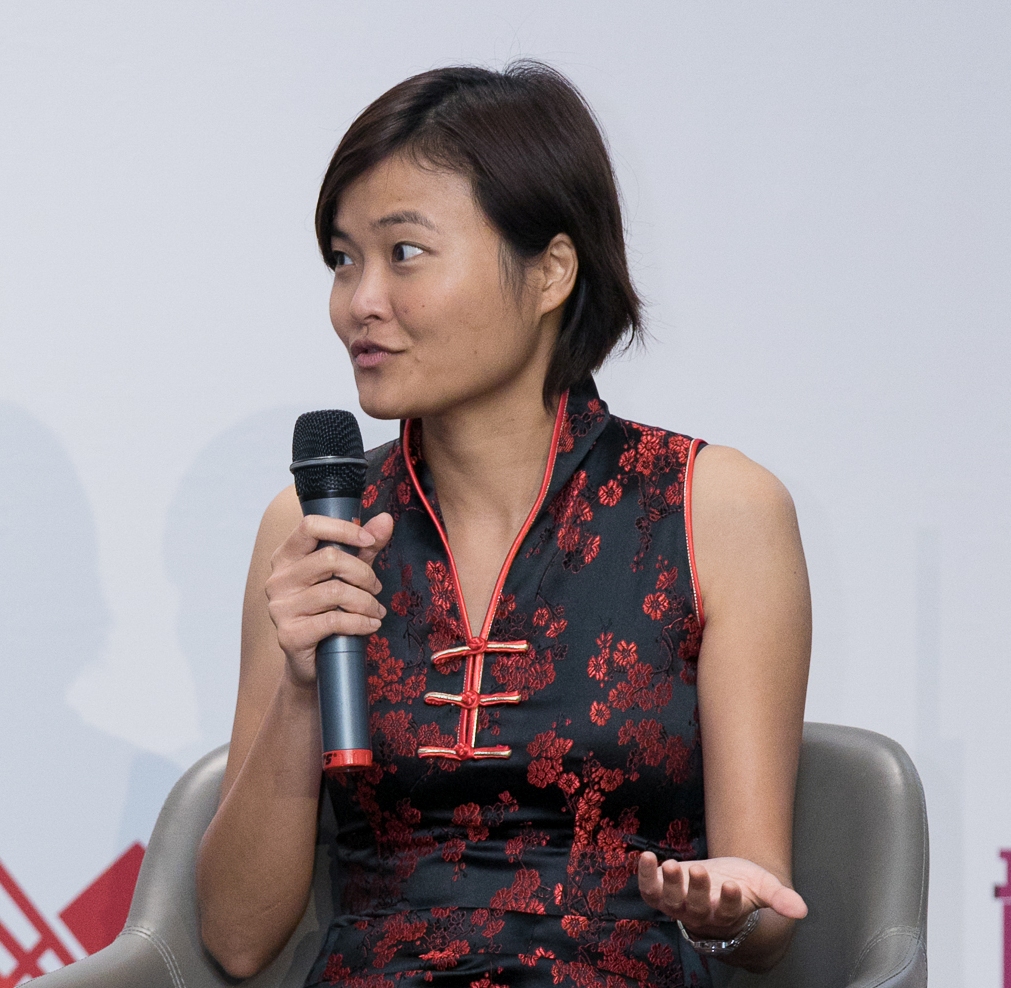 TS:
What is the biggest advice that you would give aspiring female entrepreneurs?

HL:
Don’t give up when you hear a no. Entrepreneurship is difficult, it is not
easy. Don’t be afraid to hear no, and when you hear it, ask yourself are you
doing it because you believe in it, or are you doing it because other people
believe in it? If it is for the latter, don’t bother continuing. Reflecting
that on Grab’s journey, Anthony and I believed in it so much that no matter
what all our family members were saying, no matter what everybody in the
industry were saying, we still went ahead and did it, because we spoke to the
customers, we spoke with the drivers, we spoke to the passengers and they all
wanted it. And when we launched the product, that’s when traction built up.

Number
two, is to know that you are going to be wrong many times. So even when you
think you are right but you hear you are not, think about what those learnings
mean. Be humble enough because one of the things I am most proud of is every
single day I am fortunate enough to make many mistakes and I think of it as a
silver lining because making mistakes are actually good; they enable you to
learn. When you don’t make a mistake you can’t learn. And the reason we get to
make so many mistakes is because we are moving so fast and therefore we are
breaking a lot of boundaries along the way, and that has enabled us to continue
growing.

Last
but not least, find people who believe in the same vision and mission as you
do. Don’t try to do it alone. For me and Anthony, when we first started the
company, some people thought that it was better to start it alone because it is
easier without a co-founder — less problems. But guess what? It also means less
support, less ability to hear differing points of view. Differing points of
view are so important; they help you stop yourself from making mistakes. That
to me is the whole concept of diversity and why this is important, whether it
is for women or men. It brings different perspectives that help you make sure
that you are making better decisions each day.

Hooi Ling was very
frank in sharing that being an entrepreneur is difficult, but she did not
condone it. Instead, she believes that with the right mindset, attitude, and
belief, anyone – male or
female – can be
successful. Also, the fact that she chosen to share these three bits of golden
nuggets speaks volumes of their importance, as she could have easily given many
other tips. We hope that you can takeaway invaluable lessons from her short but
insightful comments and pursue your entrepreneurial dreams!