If you think that the iPad Pro concept seems familiar,
like you may have seen it somewhere, you aren’t wrong – because Microsoft has it

In
last week’s anticipated Apple event, Apple has unveiled a professional version
of its tablet named the iPad Pro. This is catered more toward those who work
frequently on-the-go, rather than just leisure Internet surfing or streaming
videos.

The
iPad Pro even has accessory add-on options ranging from a handy detachable
keyboard to the controversial Apple Pencil. Looks, functions and portable like
a tablet, has a detachable keyboard and powerful enough to get some serious
work accomplished. Sounds pretty neat huh? 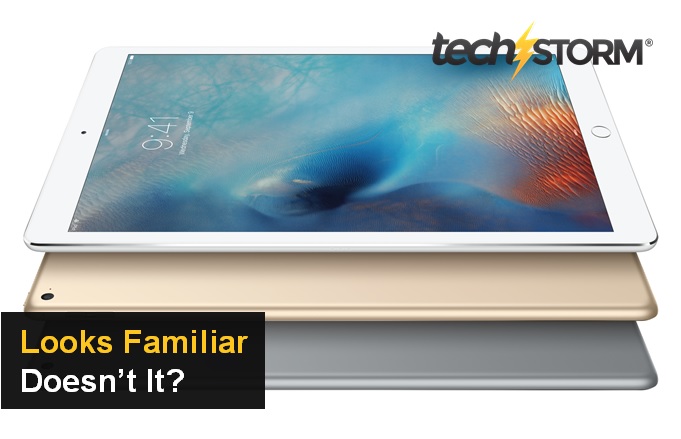 However,
this concept is not entirely new.

Microsoft
has one just like it, three generations of it to be exact – Surface Pro 3. Both
might look the similar externally, but they aren’t quite internally – far from
similar as a matter of fact.

You will first notice the significant
difference in its size. The iPad Pro has a whopping 12.9” Retina display while the
Surface Pro 3 has a smaller 12” FHD display. The display on the iPad Pro is
great when you are running two applications side by side.

USB
ports, or maybe a lack thereof. The iPad Pro does not have any in-built USB
ports, which could be a big problem if you exchange documents frequently with
the use of USB flash drives. The Surface Pro 3 has a USB 3.0 port and even a
microSD card reader to boot. 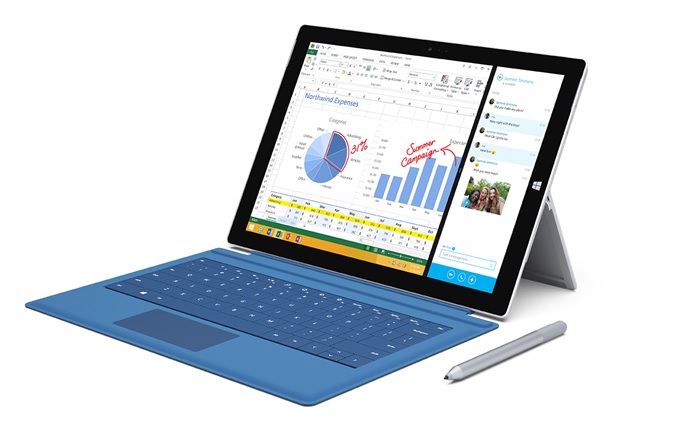 If
you are a creative that needs to draw or like the idea of having that
option, both devices have just that. The Apple Pencil works similarly to the
Surface Pen, except that you have to pay a whooping US$99 extra just for it,
while the Surface Pen comes along with the Surface Pro 3.

Lastly,
connectivity. The iPad Pro has a cellular connectivity feature that the Surface
Pro 3 does not offer. This feature would be perfect for those who are also
using the iPad Pro as an all-in-one device or need up-to-date information
on-the-go. Which is really cool because, you no longer exactly need to bring any
other device with you as long as you have the iPad Pro in hand.

The
Surface Pro 3 is already available with prices starting at US$799 for the Intel
Core i3 and 4GB RAM model. Prices for Surface Pro 3’s accessories range from
US$4.99 to US$129.99. (
Psst … If you are seriously
considering either model, hold your horses. We hear a new Surface Pro coming
out really soon.)

Disclaimer:
The above images and trademarks are the sole and exclusive