It’s almost unsurprising to see successful
entrepreneurs investing in up and coming startups. But what makes them tick?
Three successful entrepreneurs who invest in their peers and young upstarts
share their thoughts and experiences with us.

Lim Der Shing is best known as the founder and CEO of
the JobsCentral Group, that-all-too-familiar career media platform that reaches
10 million people in South East Asia – many of us probably would have spent
some time using its services at one point or another. Acquired in 2011 by
CareerBuilder, Lim then became a Venture Partner with Jungle Ventures. He also
manages his own family portfolio of investments. 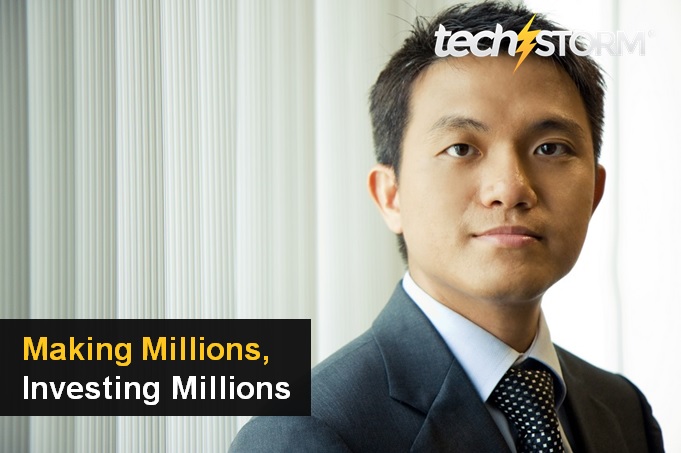 Lim’s roles as a Venture Partner at Jungle Ventures
and as an independent Angel Investor are perfectly complementary to each other,
and offer many windows of opportunity. “When I see a company I like, I’ll refer
it to Jungle Ventures. Sometimes, I’ll co-invest – that is what I did with
iMoney. And in some cases, Jungle Ventures will pass on them, and I invest
directly,” he said.

For Lim, it was a natural progression, as he felt that
entrepreneurs are by nature, curious about all types of businesses. “It is
quite common for those with spare cash to branch out into other businesses or
to invest in other companies. We started investing in tech companies even
during JobsCentral days back in 2010 or so,” he said.

The motivation has not changed since then. Lim hopes
to use his experience in building JobsCentral to help his portfolio companies
to succeed. Of course, there is also the incentive to make good money when
these companies come good. He feels that his experience helps him relate to
startup founders, identify talent types in the industry, evaluate the time
needed to grow the market, as well as spot scale-up issues.

Having been an entrepreneur himself, Lim learnt a
valuable lesson in understanding that growing a business usually takes more
time than we think, and learnt to plan the fund raises, manpower, and
projections accordingly. And of course, you must be willing to get your hands
dirty and have that ‘pushy’ edge.

There is a downside however.

“Where it does not help is that entrepreneurs tend to
be optimists,” he mused. “That is not always good when evaluating startups. You
need some skepticism to choose properly.”

But it’s not just optimism that drives him. Lim
believes in ‘giving back’ to help nature the startup scene here: “Once you have made enough money, it is good to give back by sharing and
by investing some money. I advocate between 10-20% of your net worth – enough
to pay attention, but not so much as to take an undue risk.”

Lim does not see himself as a mentor figure. Rather,
he sees it as sharing his experience and leaving it up to the founder to make
his or her own decisions. But he acknowledges that it is important, and that
most startups have him on board for his views, speaking as a fellow
entrepreneur, rather than just an investor. And having someone who is able to
see both sides of the coin and identify each other’s needs is invaluable.

“Communicate expectations both ways before getting in
bed together; things like operation involvement, regularity and format of
management reports etc. And (you must) communicate regularly post-investment.”

Leslie Loh is no stranger to the startup scene here. A
General & Limited Partner at Red Dot Ventures and at Extream Ventures, he’s
also the man behind Lithanhall Academy, an education provider that caters to
working professionals. Loh made his name with System Access, which he turned
from a one-man outfit to a publicly listed global banking software organization
with 10 offices and 500 staff, before it was acquired by SunGard Data Systems,
a leading global financial services software provider, for S$120 million. 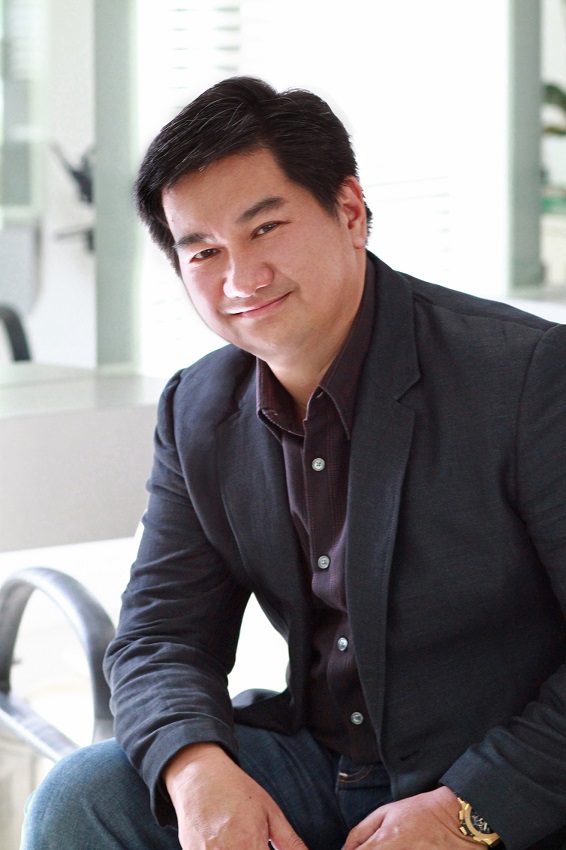 For the last couple of years, Loh spent most of his
time as a ‘coach’, advising promising startups that he as invested in on
strategic issues. That will change as he intends to spend a little more time on
Lithanhall Academy as it prepares to revamp itself and its services.

However, Loh’s motivations are the same, regardless of
whether he is entrepreneur or an investor: a desire to learn and a willingness
to turn every circumstance into a positive lesson. Not to mention the thrill,
of course.

“As an entrepreneur, the pace is so fast, so exciting,
it’s almost like you’re on a roller coaster day in, day out. If they put you
somewhere else, you’re not going to get used to it. I said to myself, do I want
to do another roller coaster ride? I said, no,” he laughed. “Do I like the
excitement of that roller coaster ride? Yes. So I thought that being an
investor – angel investing particularly – probably allows you the best of both
worlds.”

Loh isn’t quite as keen on venture investing beyond
Series A financing, because he feels that at that point, the company is already
‘on its way’. “Everything is predetermined,” he says. Loh feels that at an
early stage, his participation and his contribution can make a difference in
the entire development process. Instead, he has an affinity for early stage
companies. They offer less risk – a typical seed amount of half a million that
he’s prepared to write off – and he enjoys the smorgasbord of ideas,
opportunities, and passionate founders that he meets. “I call that
entrepreneurship without the anxiety; because you have all the excitement of (being)
almost like an entrepreneur, yet you don’t have the stress of losing sleep on
the weekend, because you feel that if it doesn’t work out you can afford to
lose that money; so be it. But at least you have all the excitement that comes
along with it,” he beamed.

He believes that it’s a must that investors at this
stage should have entrepreneurial experience to give insight, as opposed to
corporate experience, which he feels comes into play in late stage investment
when the company is sizeable. And course, it helps to be experienced enough to understand
how to work with young entrepreneurs and how they think.

For Loh and many successful entrepreneurs like
himself, it is hard to quell their
raison
d’etre
. As such, the decision to enter the field of angel investing or
venture capitalism wasn’t a laboured one. Or rather as Loh explained, it was
for a lack of choice.

“Actually, we don’t have a lot of places to go, to be
honest? We can’t go and work for somebody else, and we can’t sit around not
doing anything. For this, we can make a lot of money, so that’s part of the
excitement. Even if we lose, we won’t really lose much – it won’t kill us.
Either we start another business, or we become ‘coaches’; there are only two
things we can do,” he said wryly.

“We always look for an opportunity to be doing
something else again, but it takes time. But in the meantime, we’ll just
invest. Maybe through investments, sometimes we get into companies that need us
to be involved. Then we get to become an ‘entrepreneur’. That’s all it is.”

Ong Peng-Tsin has a long storied history in tech,
having founded and served many illustrious companies early in his career, and
his CV is impeccably decorated. 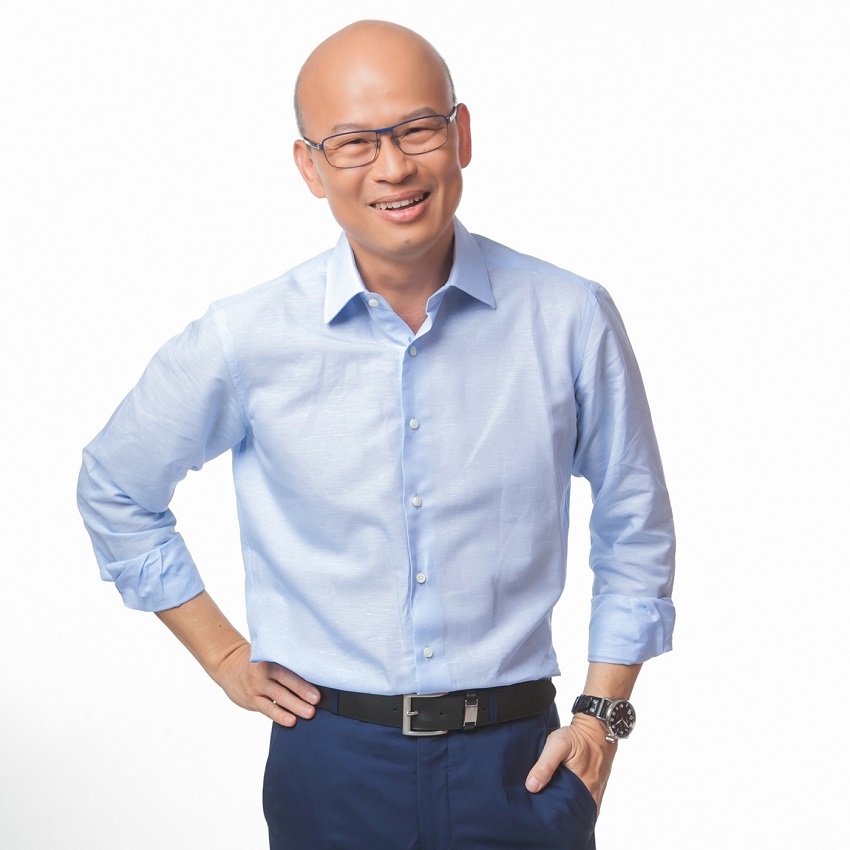 Of his many venture and adventures, his most
visible work was Match.com, which was created during his at time Electric
Classifieds, a company that he co-founded. Ong also founded Encentuate and
Interwoven, two highly successful tech startups that were acquired by IBM in
2008 and Autonomy (subsequently by HP) in 2009 respectively.

Entrepreneurial success aside, Ong has also been
heavily involved in venture funds since 2006, having worked with Infocomm
Investments, GSR Ventures, and Jungle Ventures in various capacities. His
latest project, which he founded last year in 2014, is Monk’s Hill Ventures, a
S$100 million fund focused in Asia.

For Ong, venturing into this field is a natural
progression of what entrepreneurship is about. “If
you are looking at building up people, building up teams, as an entrepreneur
and a VC you’re still doing the same thing… As a
VC you broaden your number of companies and teams you affect and you work
with,” he said. As far as he’s concerned, there is no clear line, as
essentially the elements of both fields are the same – grooming and investing
in people. And as these are essentially tech businesses, at the end of the day,
it is a very similar forum.

Ong adds
that despite the similarities, being a venture capitalist is
fundamentally different from being an entrepreneur, and many
entrepreneurs go through a phase in making the transition, usually as venture
partners. “If you see the title venture partner, it’s typically they’re trying
to figure out if they want to be a VC,” said Ong. The biggest distinction is in
skillset: “You’ve got to learn portfolio
management, game theory, portfolio reporting; all kinds of things that you
didn’t expect to be important as an entrepreneur, but these become important as
a venture capitalist.”

On the
question of whether prior entrepreneurial experience is mandatory for VCs to be
productive and successful, Ong was slightly amused. “This is simple right? If
you build companies, it’s a lot easier to look at other people who build
companies and figure out if you know what they are doing.” But he also
expresses later that Singapore does need more in terms of experience. “How
many people can you think of that can build a tech company in Singapore or in the
region, and
either
sold it or took it public? It’s only a handful. That’s
the expertise gap we have between ASEAN and the US,” he pointed out.

There’s
also the issue of scale. Amongst the things that most significant tech
ecosystems in the world share, one of it is having a large hinterland. “Silicon
Valley has the US, Beijing has China, Mumbai and Bangalore have India, so what
is our hinterland? But the problem is in Singapore, entrepreneurs and tech folk
are not very familiar with the region. That needs to change,” he said.

Interestingly,
while Ong has over the years, actively helped to shape our startup landscape,
he doesn’t expect entrepreneurs ‘give back’ by helping to grow the ecosystem;
although that speaks volumes about his pragmatic nature: “If
you have the expertise it would be good to share the expertise, but if you keep
the expertise to
yourself, that’s also fine. That’s your choice.”

It’s not hard to see why seasoned entrepreneurs invest
in others – the combination of opportunity, married with the thrill of the
chase that they have experienced throughout their career, makes it second
nature to them. Lim, Loh, and Ong don’t consciously make a marked distinction
between being an entrepreneur and an investor. It’s effectively an extension of
what they do; which can only be good news for the local startup community.
Their vast experience is an invaluable resource that we as a nation cannot do
without.