Home / News / May The Force Be With You

The force is strong this time around, as the world of Star Wars joins Disney Infinity 3.0

Looks like Buzz Lightyear and his buddies
are not the only ones who have got game. This year, the
Star Wars universe joins in the fun with the latest instalment of Disney Infinity 3.0.

For those who have no idea what the
Disney Infinity collective is all about,
it is a family friendly action and adventure game for the whole family. 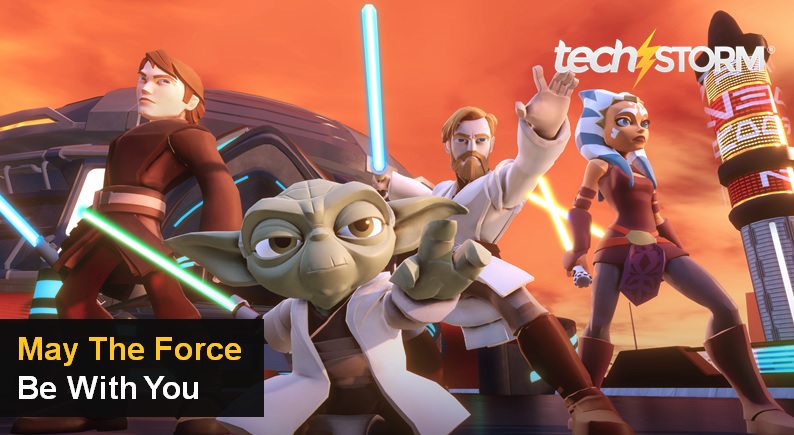 What is really cool about
Disney Infinity is, it is the only game
available that will allow you to pick your favourite characters ranging from
Disney, Disney-Pixar, Marvel and now,
Star
Wars
. These characters include the likes of Iron Man, Ultron, Loki, Mickey
Mouse, Mini Mouse, Olaf, Tron, Yoda, Darth Vader and Han Solo.

Aside from just being able to pick your own
characters, specific Play Sets offer distinct environment and gameplay. Take
for an example,
Star Wars has three
Play Sets each one covering a different part of the movie. The first is set in
the timeline of Episodes one to three, the second during the original trilogy,
Episodes four to six and the third based on
Star
Wars
: The Force Awakens. 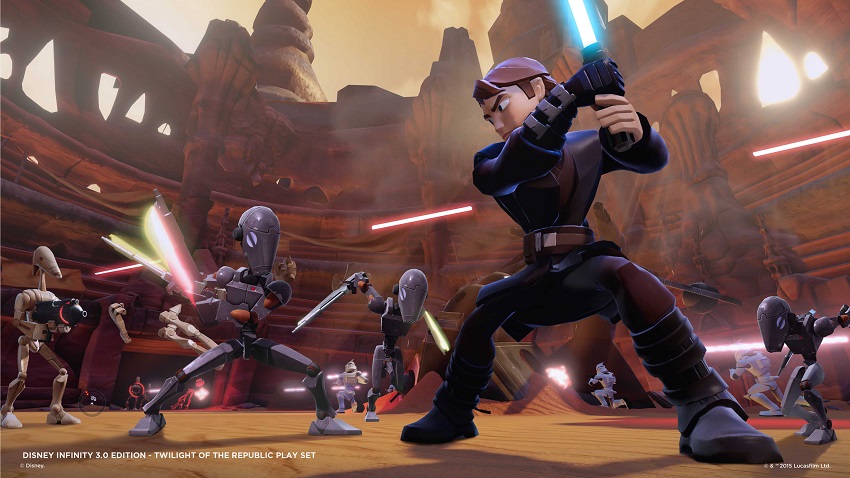 With the
Star Wars Play Set, get ready to engage in epic Lightsaber battles
against Droids with Yoda, Anakin Skywalker and Obi-Wan Kanobi while igniting
the Force within you. If that doesn’t really interest you, well you get to go
on galaxy-spanning missions, piloting X-wing fighters or the Millennium Falcon
to fend off Stormtroppers.

In addition to specific Play Sets, with the
new 3-D Toy Box Hub it makes it easier for players to choose from an even
greater selection of games. These include platform, racing and farming games. There
are also two new multiplayer Toy Box Expansion Games, named Toy Box Takeover
and Toy Box Speedway, where you can challenge your friends and family to a
face-off.

I
Tried It … And It Was Actually Fun

Disclaimer: Before we carry on, I have a
confession to make. I am not you’re a-typical gamer techy who has experience in
all sorts of gaming. Nope. I play strategy games, puzzles and pool once in a
while, but never anything serious. 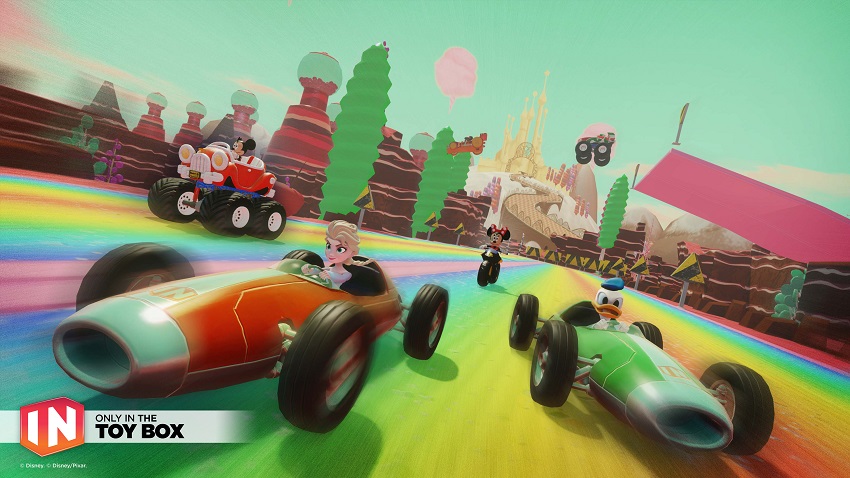 So when I say it was fun and thankfully
easy to control, it really is.

I had the chance to go on a kart race with
the Hulk, Donald, Mickey Mouse, Elsa and Joy. Controls were surprisingly easy
to use and the handling was actually pretty easy too. It was to my absolute
surprise because, I have a history of navigating my vehicle against traffic and
banging my car into the wall.

Final
Say:
With the easy control and handling, it would
really make for a good family bonding game and the effects are really good too.
That being said, I have two concerns. Firstly, some of the games and characters
seem a little too ‘cutesy’ for my personal liking. Secondly, it has a slightly
steep price tag so you might want to try it out first before investing in this
entertainment set.

The
Disney
Infinity 3.0
Starter Pack will retail at SG$99.90 and be available from
September 1. Other Figurines and Power Discs are each sold separately.