Robotics was one of the most talked about
topics at InnovFest a technology and start-up event in Singapore and with the
rapid rate at which robotics is advancing today, movies such as “I, Robot” and “Chappie
seem a lot less far-fetched” as inventors are looking to have robots replace
human beings in mundane tasks and even provide customer service. InnovFest this
year did not disappoint and showed us that a future with robots providing
personal and professional service is much nearer than we thought. 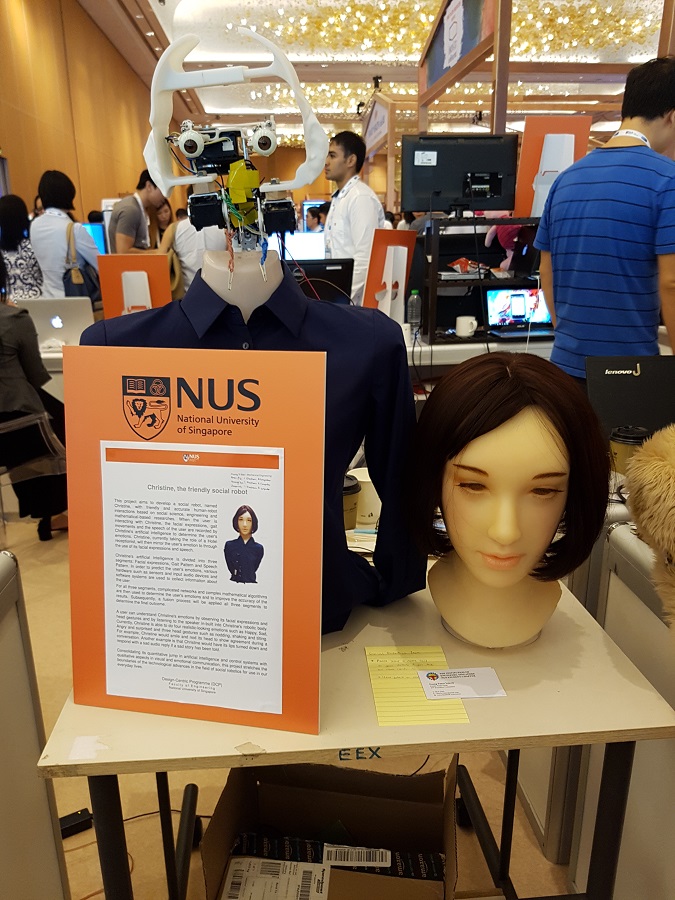 Faculty of Engineering in The National University of Singapore’s
(NUS’s) Social Robotics team has a prototype which they have named “Christine,
the friendly robot.” Christine is robot designed to be as humanlike as possible
and provide impeccable service to customers from behind a counter.

A member of the
social robotics team says” Christine was created to enhance the experience of
customers and to provide excellent service at places such as hotels, theme
parks and even shopping malls. She is incredibly lifelike and capable of
detecting the emotions of the person she is speaking to and, will be able to
respond accordingly”

This is achieved through three factors, a
neural network, mathematical algorithms to detect tonality, inflection in
voices to determine the emotions of the person they are speaking to and a
database created by the team. Christine is still in early development but the
NUS team said that the results so far has been promising and hopes to bring her
to market within the next few years.

Our team got up close with the CEO of Infinium
Robotics previously about their
flying
drone waiter
, and how robotics can help fill
in a critical shortage of manpower in the food and beverage industry. 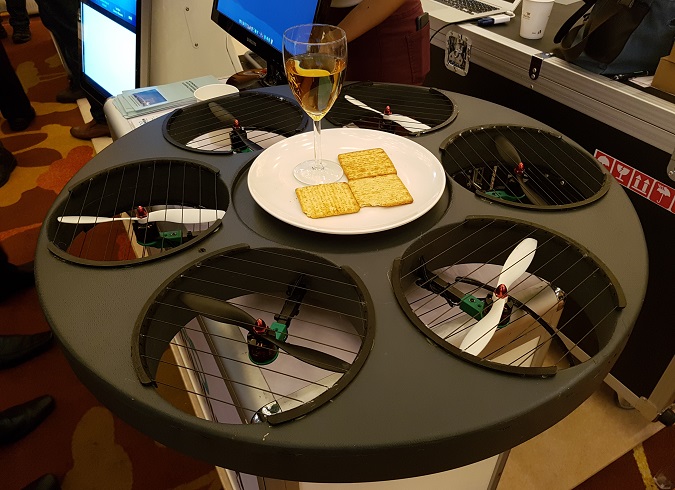 Their next offering, is a robot from Korea
called Future Robot. One of the key problems which Future Robot seeks to solve
is to ease congestion at events, movie theatres and theme parks by allowing
people to self-print tickets, register for events, take queue numbers at cafés
and as an interactive, mobile information and directory service to shoppers at
a mall. Future Robot is also capable of facial recognition and is programmable
to follow an employee at events or a mall to create a buzz or excitement.

Singaporean Arjun Pootheri, Sales manager of
Infinium Robotics has described its movement as “perfect” while being completely
autonomous and collision detection systems in the form of sensors placed all
around the body, prevent any unfortunate accidents from happening.

One of the ways Future Robot seeks to be
interactive and fun is by using its inbuilt camera to take pictures of people
to replace the animated face of the robot and allow them to “become” the future
robot for a short while. Future Robot features an oversized interactive touch
display called “Furo D” to allow users of all ages to be able to interact with
the screen as touch technology is something that has become familiar and
intuitive to users of all ages.

Future Robot is presently being utilized in
South Korea at shopping malls, train stations and is available for sale in
Singapore, which means it is a real possibility that in the near future while
shopping, you may be greeted by a cheerful robot seeking to help enhance your
shopping experience.

See the first part of the InnovFest UnBound
2016 story
here.