Robots are no longer just for geeks, crazy laboratories or
far off from our lives, robots like NAO are coming at you whether you are ready
or not

The
big screens have always portrayed robots living amongst us in the distant
future and more often than not, portrayed in an extremely negative light – Take
Terminator and I, Robot for examples.

But
what if we were to tell you that robots aren’t scary, constantly on killing
sprees or wanting to take over the world? Would that change your perception of
them? 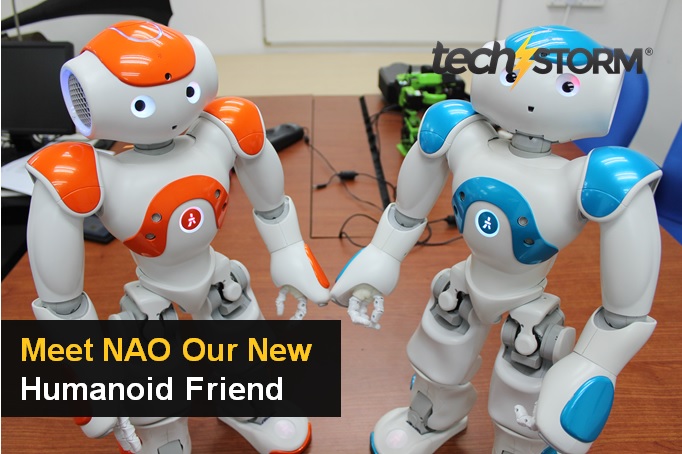 NAO
is a small and adorable little humanoid robot that moves, sees, hears and
actually able to communicate with you! NAO is the love child of Aldebaran
Robotics, which is an arm of the SoftBank Group. He has been constantly evolving
and upgrading since 2006, to essentially be more responsive and in the same
way, more human. This is not just your run-of-the-mill humanoid robot that only
serves as an entertaining toy of sorts – NAO is more than that, much more.

NAO
is rather small as compared to the life sized robots. He measures just 57.4cm
in height and weighs just 5.4kg, which is impressive given the amount of tech
that this little guy packs.

Aside
from just looking really cute, NAO has a wide range of notable features. It is
able to understand and speak up to 19 different languages ranging from English
to Spanish and even Arabic. NAO sees with two front-facing cameras – one on its
forehead and one acting as its ‘mouth’. These cameras allow him to locate faces
and ‘looks’ at you, if you are speaking to him. One of the future features that
Aldebaran is looking at for NAO, include the ability for him to actually
recognise its owner or family members.

It
receives sounds from its four microphones that are placed on its ‘head’ and
speaks with its two laterally built ‘ears’ making this little humanoid quite
human-like in its design. It also has infrared sensors and tactile sensors
built into him in order to sense touch and ability to walk without crashing
into objects. 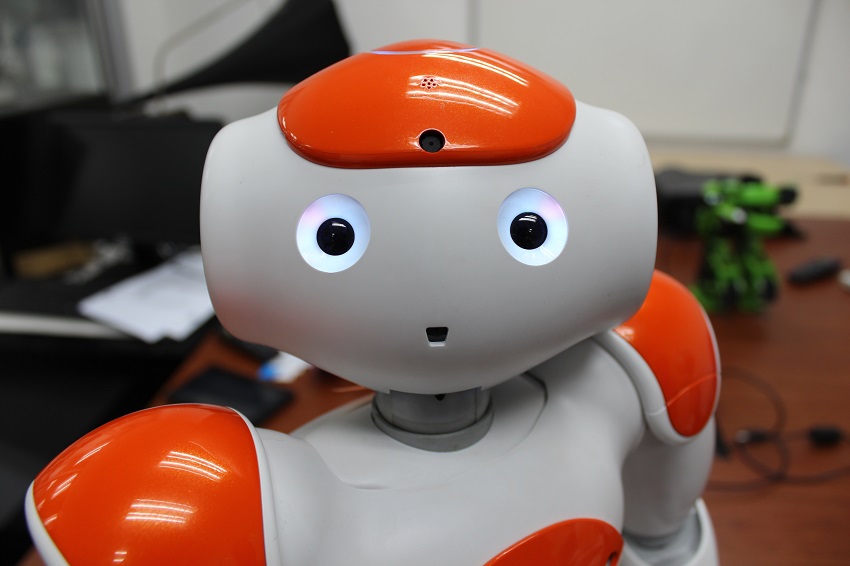 What Can NAO Do?

There
are two sides to NAO, one being a lifestyle entertainment robot of sorts and
the other, a medium to which you can programme it to perform certain functions.

To
elaborate on this, NAO aids in computer and science classes internationally. He
has been used in over 70 countries, ranging from primary schools right through
to universities as a medium for education. NAO is able to be programmed to
walk, catch small objects and even dance to a particular rhythm. Students are exposed to learning programming
codes in an interactive fashion, as they are able to see their written codes work
before their eyes.

Not Just A Toy

NAO
tackles real-life issues, like comforting children when they are at the doctor.
Rxrobots has written a code using NAO as its medium and renamed it as MEDi for
this. MEDi mainly helps children manage pain during certain medical procedures,
in particular those that involve injections as an example, while giving them a
sense of control. In addition, MEDi is also able to play interactive games with
the children, engage in a conversation and even play music to distract them
from the medical procedure.