Gaming has always been a rather male-dominated industry, but GameStart Asia founder Elicia Lee wants to break this glass ceiling

Yes, gaming. An industry that has been more often than not, male-dominated for good reasons which include, mainstream competitive games cater to the blood thirsty or shooting enthusiast – which also just happens not to conform with the gender stereotypes most of us grow up with, even more so in the Asian context.

Her name might still be relatively new to some, but Elicia Lee has recently been crowned the godmother of gaming conferences in Singapore. Lee is the founder of the highly successful annual GameStart Asia event specifically catered to the throng of avid gamers and cosplayers in Asia. 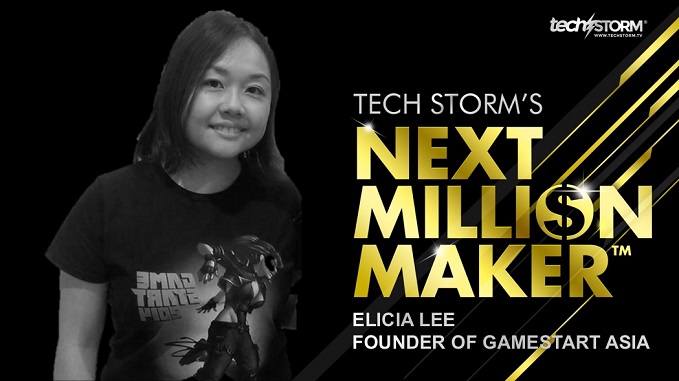 During its inaugural event last year, GameStart 2014 surpassed Lee and her team’s expectations because it attracted more than 12,000 gamers from over 13 countries. This year’s GameStart Asia event will be no different except that, there will be more aspects of gaming as a whole, which includes global publishers, professional gamers, cosplay and more.

We had the opportunity to speak to Lee on what spurred her on to create GameStart Asia and find out what makes her tick.


TS: First thing’s first, could you share with us how and why did you want to create GameStart Asia?

EL: I used to work for Electronic Arts, a game company, and my role included working with various community groups of fans who loved our games. I realized there are a lot of passionate gamers in this part of the world, but no game convention for them to attend.

Here, people get excited about big shows like E3, Tokyo Game Show and PAX, but very few have the money and time to actually attend those shows. Southeast Asia has always been considered a small market, and piracy has always been an issue, so we’re usually the last on the priority list for big game companies.

But there is huge potential here, as infrastructure improves and economies grow, and gamers realise the benefits of buying their games. As a gamer, I wanted to create a show that fellow gamers would get excited about, and be able to see and try the latest games without having to fly to Japan or the US.

From an industry perspective, GameStart aims to provide a platform for business networking, knowledge sharing that will help build and grow the industry here.

TS: Till date, what were the challenges you faced when you first came up with the idea for GameStart Asia?

EL: The biggest challenge of starting GameStart, was dealing with skepticism from game companies who had either had negative experiences with previous events, or just didn’t think we could pull off a show like this (to be fair, I don’t blame them, we were a random team of 3 people with no prior experience organizing something on this scale, so it was a hard sell).

I was very fortunate that we had strong partners and friends who knew us and were willing to take a chance and go into our first show (e.g. Sony PlayStation, Bandai Namco Entertainment and Blizzard Entertainment and a lot of individuals), and also fellow Singaporeans we met along the way who didn’t know us, but did their best to support and help (e.g. Witching Hour Studios, Xmashed Gear, the various game communities etc).

Also, my team was small, but it was the best team to put a show like this together in terms of experience, expertise and passion.

We are mindful about the content of the show, and want to ensure that it caters to all types of gamers, thus our attendees range from students to adults in their 40s, all brought together by their passion and love for games and gaming. We are based in Singapore, but our target audience is the entire Southeast Asian region.

TS: What do you think is the next challenge for GameStart Asia and your team this year?

EL: We had a successful first year, but that was just the beginning. The real challenge is being able to continue bringing in good quality content that visitors want to see, and to grow the show into an established annual event for both consumers and the games industry.

TS: Now that we have asked you about challenges, do tell us about what was the proudest moment for GameStart Asia.

EL: Our inaugural show last year welcomed 12,000 people from 13 countries, and majority of the feedback we’ve received from both consumers and people from the industry have been positive. The turnout broke all our expectations and it was just amazing that we achieved that. 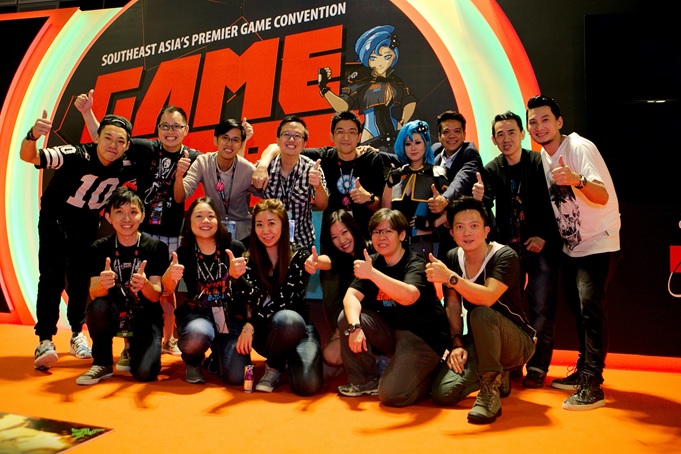 TS: Do you have a role model whom you look up to, when in need of some sound advice?

EL: I don’t really have one role model, but rather several people (real or fictional) who possess particular traits that I try to learn from, in terms of both strengths and weaknesses. One is my father, who taught me to be calm and think rationally in the face of adversity.

TS: What’s your take on being a female entrepreneur in the gaming space?

EL: Gender has been a pretty controversial topic in gaming, but I personally haven’t had any issues or challenges related to my gender in the course of my work. It’s a male-dominated industry, but I’ve never had to think of my gender, which is great.

TS: Do you have any advice that you would offer budding entrepreneurs?

EL: Don’t be afraid to follow your passion, but make sure you put a good deal of thought into your plan before you embark on your journey. If you’ve decided to do something, make sure you put in 100% of your heart and soul. Whether it succeeds or fails, the important thing is you did your best.

TS: If you had a chance for a do-over chance what would you have done differently?

EL: Start planning earlier! And had better queue management. But to be honest, apart from on-site operational matters, I’m not sure there’s a lot more I could have done differently, given the circumstances.

EL: I want to make a change – or die trying.