A battlefield in cyber space

Over 1000 cyber industry leaders, academic and
government representatives and cyber start-up companies gathered at Cybertech
Singapore at Marina Bay Sands Exhibition Hall over a two-day conference and
exhibition to discuss major cybersecurity threats facing companies, governments
and critical infrastructure across Asia and how to counter them. Tech Storm is
Cybertech Singapore’s supporting Media Partner for their inaugural event here
on sunny island.

“Ten years ago, the most advanced threats were
viruses and malware. Modern threats are advanced and attackers have the
advantage of being able to attack whenever they choose while defenders have to
be on alert 24/7. These are not hackers. They are attackers” Says Brigadier
General (ret) Ariel Karo, Head of Intelligence and Cyber Systems at Rafael,
speaking at Cybertech Singapore. 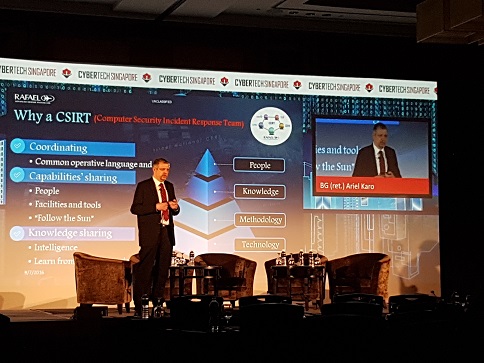 All the speakers cautioned that modern hackers
and attackers are developing increasingly sophisticated and bespoke methods to
attack, steal and compromise data from their targets. Sanjay Aurora, Managing
Director of Darktrace, a leading cyber threat company likened the methods his
company uses detect and neutralize threats to an immune system.

“The current approaches to cyber security are
not addressing the issue. The majority of technology is still devoted
towards the perimeter defence, whereas more often than not the threat is
already inside the network. Organisations therefore need to adopt an ‘immune
system’ approach to be able to detect threats inside the network early, before
a crisis develops.” Says Sanjay Aurora. 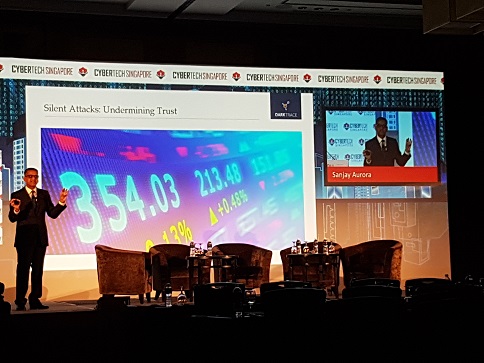 Sanjay Aurora of
Darktrace cautioning the audience about cyber threats

Sanjay Aurora also talked about how hackers were
able to infiltrate a law firms servers and acquire sensitive material to allow
an unfair advantage to the party who hired the hackers. He said that the
attackers were so adept at blending in their code to make it seem innocuous
that it was only through aberrant and unusual behavior in that it only accessed
and read specific case files that alerted Darktrace to its existence.

FOMO
Pay is a one-stop online and offline Chinese payment solution that includes,
WeChat Pay, Alipay and China Unionpay for local merchants to accept payment
from visitors from China and anyone who has a payment solution on their phone.
Zack Yang, Co-founder of FOMO Pay is confident that this is the way of the
future for payment, even in our day to day lives.

I
had some skepticism when he talked about the idea of being able to go about our
day to day lives without our wallet entirely and said as much to Zack. He assured
me that within China, there were already people who relied entirely on WeChat
pay for everything, taxis, buses, groceries, hotels and more.

FOMO
Pay is presently available in Singapore at over 100 merchants and they
currently have a partnership with Starhub, Paypal and VISA among others to
ensure a smooth experience. 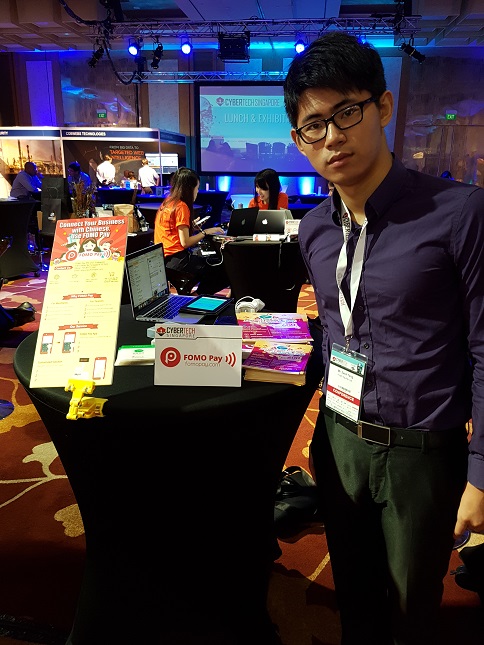 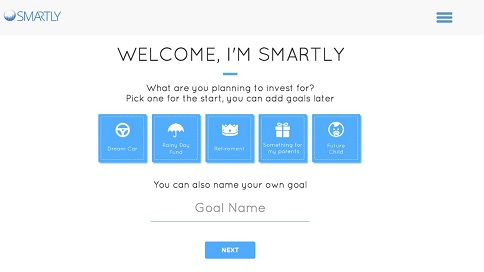 There
are many incorrect perceptions about investing such as it requiring large sums
of money, it is complex and intimidating. Smartly, seeks to change that. Tech
Storm had the opportunity to meet and talk to Keir Veskivali, CEO and Founder
of Smartly. Keir created Smartly based upon the twin pillars of his passions,
investing and education

Upon
hearing the same questions being asked of him repeatedly by friends and family,
he had this to say “Many people perceive investing to be complex, intimidating
and requiring large sums of money. This could not be further from the truth.” 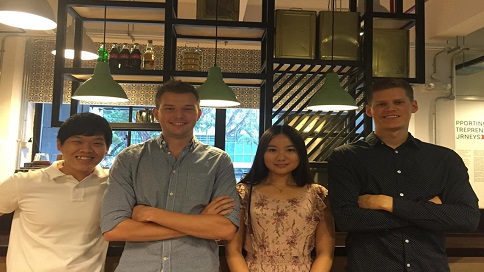 Keir Vaskivali (far
right) along with the Smartly team

He
also mentioned that other platforms which offer automated investment, banks or
wealth managers take large cuts as they support a traditional business model
that had to show investors that they are turning an increasing profit each year
which translates to hidden and additional costs for services such as taking out
your money.

Smartly
however, plans to be upfront and transparent about its costs and to ensure that
you are always informed of where your money goes, how its working for you and
that you can have an ease of mind knowing that your returns are not being
eroded away by fees and service costs.

Smartly
also features a robust education system to ensure that users not only start
investing, but also learn about investing and he has different levels, akin to
a video game that rewards users should they successfully pass each level. 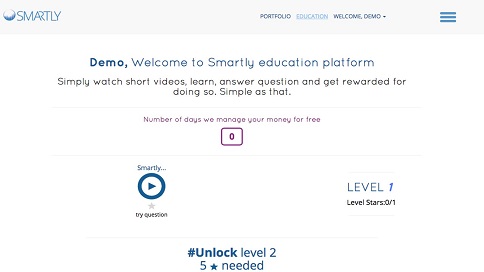 Mentorship
is something that many millennials seek upon heading out into the job market.
However, many see millennials as being too entitled while in turn, millennials
see some companies as the death of creativity and find it to be too stuffy,
unfulfilling and too stodgy. 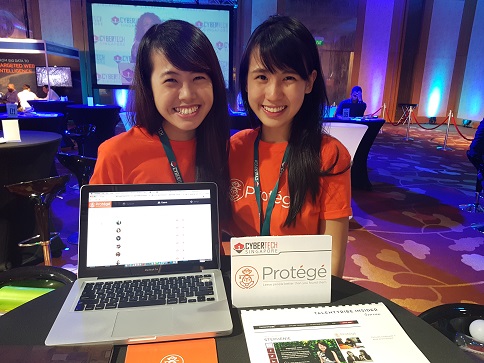 Their
goal was to create a platform by millennials for millennials to seek out proper
mentorship. They say that several top companies utilize an efficient and
effective mentorship system to attract and retain top talent at their firms.
They seek to combat talent drain, inexperienced or unsuitable mentors who
actually end up doing more harm than good.

Both
Sharon and Stephenie claim that the most common problem were direct managers or
supervisors also doubling up as a mentor and this actually causes more of their
mentees to leave rather than actually staying.

Their
platform allows both mentors and mentees to start, manage and measure the growth,
analytics and customize the training alongside raising red flags for early
intervention should such a need arise.