Home / News / Read This Before You Fly A Drone!

No longer exclusive to the military, drones
are now flown by hobbyists and film makers alike. With the drone community
growing in all parts of the globe, so have the number of mishaps, pranks and
security infringements.

Take for an example, in January a drone
which landed on the lawn of one of the most protected areas in the world, the
White House in America. Another example a little closer to Asia, would be that
a drone landed on the roof of Japan Prime Minister Shinzo Abe’s office carrying
chemicals in April this year. Although the chemicals it carried were not potentially
hazardous, it only goes to show that drones of any size can be a potential
threat.

In keeping up with the growing number of
drone operators and the increase of pranks and security infringements taking
place internationally, a Bill has been passed in Singapore to enforce
restrictive laws on drones – effective 1st June 2015.

Here’s the essential four rules to live by
to steer clear of drone-trouble. 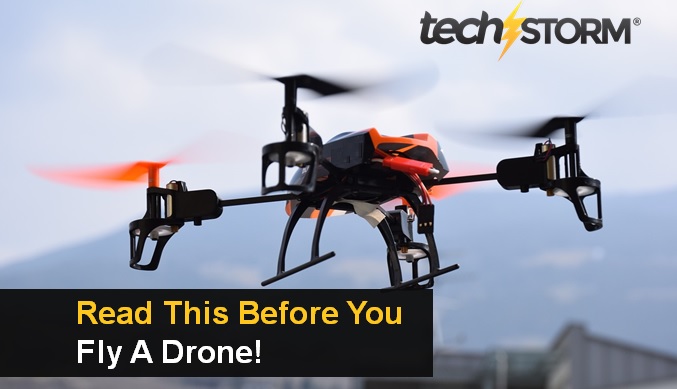 Generally the news affect more commercial
drones rather than hobbyist. For drone hobbyist, this might not be affecting
you as much as those who utilise drones commercially. The new law states that
in order to fly a drone higher than 61m above mean sea level and commercial
purposes require a permit granted from the Civil Aviation Authority of Singapore
(CAAS).

Aside from just restricting the altitude,
operators need a permit if they are flying a drone that weighs more than 7kg.
This will most likely only apply to those flying the drone for commercial
purposes as most have cameras or additional gadgets attached – whereas drones
flown by hobbyist do not.

The Singapore government will release a detailed
list of restricted areas that a drone is not allowed to fly without a permit –
these locations would include airports, army camps and Istana (official
residence of the President of the Republic of Singapore). A detailed list is
expected to be published closer to the date of the law being enforced. In
addition, as there is a possibility of drones losing its signal when in flight
due to interference from other signals, drones are banned within a 5km radius
from any aerodromes in Singapore.

3.
Flying a Drone for a Special Event

As with all the other new rulings, a permit
needs to be obtained from the CAAS. This includes those flying a drone equipped
with a camera for an outdoor wedding photo shoot or for any personal
recreational purposes.

The laws will be effective in Singapore
from 1
st June 2015 onwards. Penalties for breaching any of the
regulations carry a maximum fine of S$20 000, a jail time of one year or both.
However, stiffer penalties will be enforced if a drone is found to carry
dangerous items like weapons or chemicals – this would then carry a fine of up
to S$100 000 and a jail term of up to five years.

In general, most laws will not apply to
hobbyists but more for those who are either extreme drone hobbyists or those
who utilise drones for commercial purposes. These bigger drones pose a safety
threat when they lose their signal and make a crash landing. Just remember
these simple four pointers when thinking about purchasing a drone or flying one
in Singapore to remain clear of drone-trouble!