If elegance and unique design can be put into a Smartphone,
then LG has the solution with its all new G4. The G4 is LG’s newest flagship
Smartphone which is set to elevate the bar for Smartphones everywhere, with
improved camera features and its unique design. LG has kept its Slim Arc design
that distinguishes the G4 and provides a more comfortable grip when held.
Additionally, this design contributes to 20 percent better durability as
compared to flat Smartphones when dropped face-down (good news for the butter
finger alliance). 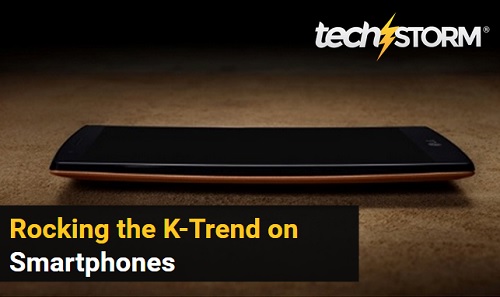 While the rest of the elite Smartphone are gaga over
Super AMOLED displays, LG equips the G4 with its new 5.5” IPS Quantum display.
Offering greater colour reproduction, improved brightness and colour contrast. Weighing only 155g, the G4 is a heavy weight when it comes to
specifications. This includes Qualcomm Snapdragon, Android
5.1 Lollipop, 4G LTE, Wi-Fi, Bluetooth, NFC, 32GB internal memory and 3GB RAM.
Unlike other Smartphones, the G4 has a ‘rare’ removable 3000mAh battery and expandable micro SD slot that
supports up to 2TB (an insane amount of expandable memory).

In keeping up with LG’s vision of delivering comfortable
elegance, the G4 is available in a spectrum of colours and even in leather!
Great news for not just those who are looking for something different but also
those with the ‘handbag phenomenon’ (characterised by a person’s incessant need
to colour match everything to their handbag). The genuine leather version comes
in three colours Black, Brown and Red while the metallic version comes in
Metallic Gray and Shiny Gold.

Apart from just having a 16MP rear-facing camera, it is
equipped with an f/1.8 aperture lens (lower the aperture value, the better it
is for images taken in dim light). Which means you can now take pictures even
in badly lit environments and it will not look pitch black.

For those who are really into camera and DSLRs, this is for
you! The G4’s rear-facing camera has a feature named Manual Mode that allows you to control
the camera just like a DSLR. We are talking ISO, white balance, exposure, focus
and shutter speed; exactly like a legit DSLR camera. Advanced photographers can
also save their photos in RAW format in addition to JPEG, for more precise
editing without losing any details.

The G4 camera gets even more awesome with its 8MP front-facing camera, perfect for all the selfie-addicts out there. Doesn’t hurt that
this front-facing camera can be controlled using LG’s signature Gesture
Interval Shot feature. By simply opening and closing your hands once, you give
the command for the front camera to take a selfie. If you do it twice, the
front camera will take four continuous shots spaced two seconds apart. So you
can now concentrate on posing for that perfect selfie instead of fiddling with
the buttons!

In addition to G4’s big bag of tricks, it comes preloaded
with Google Office for ease on-the-go. In addition to that, you get a whopping
100GB worth of Google Drive storage free for two years; that is a ton of
serious storage space.

Wonder How Does the
G4 Match Up to Samsung Galaxy’s S6?