Home / Articles / The Arrival of The Super Drones…!

A
massive crowd gathered around the open air field of the Asian Civilizations Museum
in Singapore. What is the excitement all about? It is the inaugural launch of
Parrot’s newest series of outdoor drones, or super drones as we like to call
them. We
are there for a close-up, first hand review of these cool, well designed flying
machines.

Parrot
has brought a line-up of their latest and most advanced drones to show off
their capabilities and allow members of the media to test fly the drones and
experience the sensation of flying through their new cockpit goggles. 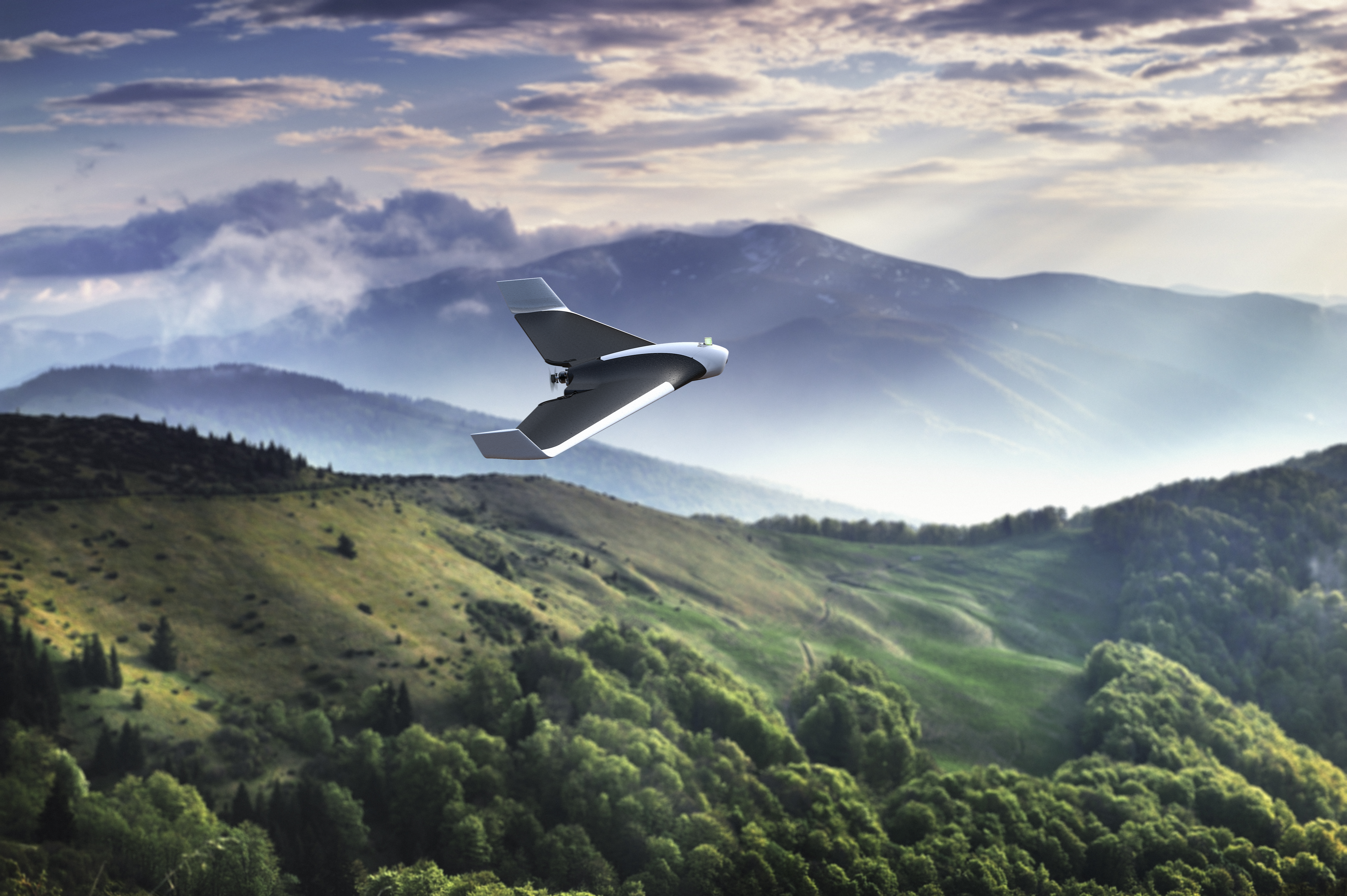 The Disco pictured above, is a fixed-wing drone
launched by throwing it into the air by hand. Once thrown, it will
automatically ascend to a pre-determined height before orbiting the target
area. An on-board computer named C.H.U.C.K, (Control Hub and Universal Computer
Kit) that runs real-time algorithms, altimeter gyroscope and sensors will
maintain its flight. Capable of 45 minutes of flight time, a top speed of 80
km/hr, Parrot says Disco will be great for recording birds-eye footage with its
High-Definition camera. 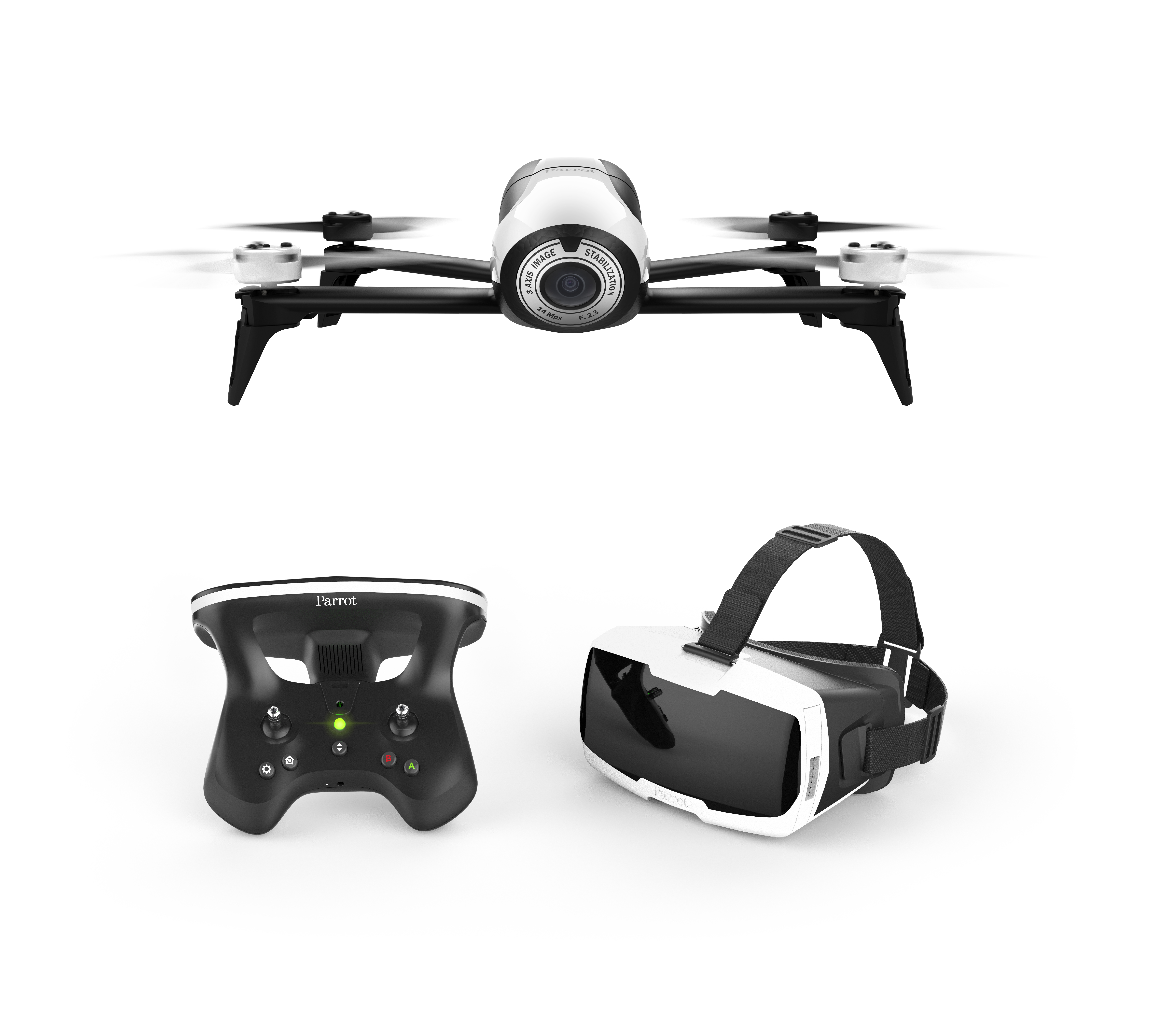 The
Bebop 2, pictured above with Parrot’s Cockpit goggles and the Sky Controller 2,
is described as a leisure drone coupled with the ability to also capture
quality images in flight. Constructed with a robust fibreglass frame, the Bebop
is capable of 25-minutes of flight and equipped with a high definition camera.

Built
in safety measures such as an automatic cut-off feature, automatic controlled
descent if signal to the controller is lost and intuitive controls make this a
great drone for beginners. I can personally attest to that since it was the
first time I’ve ever flown a drone and I literally picked it up and started
flying with no guidance or instruction and I reluctantly relinquished the
controller once my allotted time was up.

Something
for the kids: Mambo the 4-propeller drone and Swing the X-Winged drone 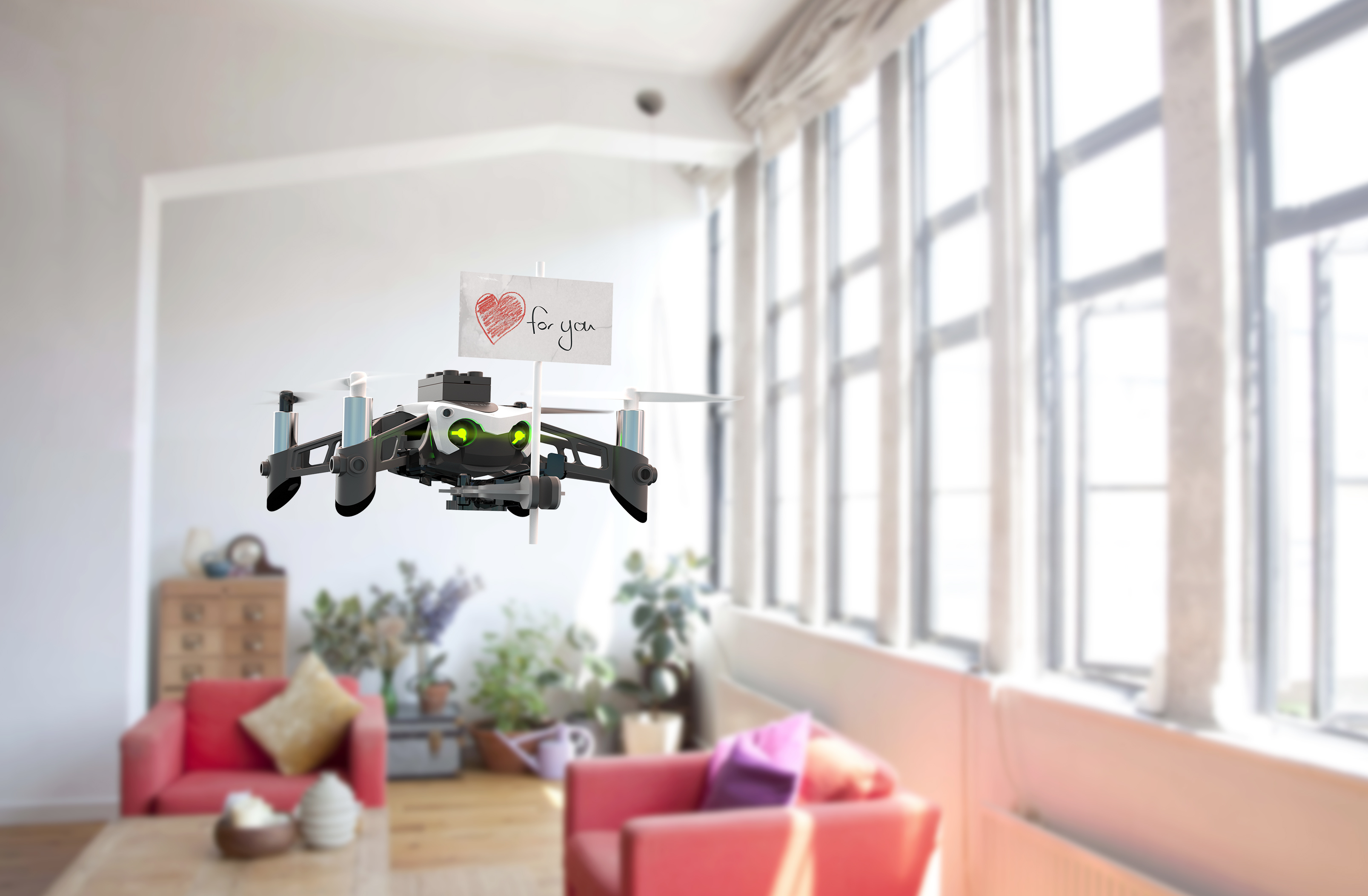 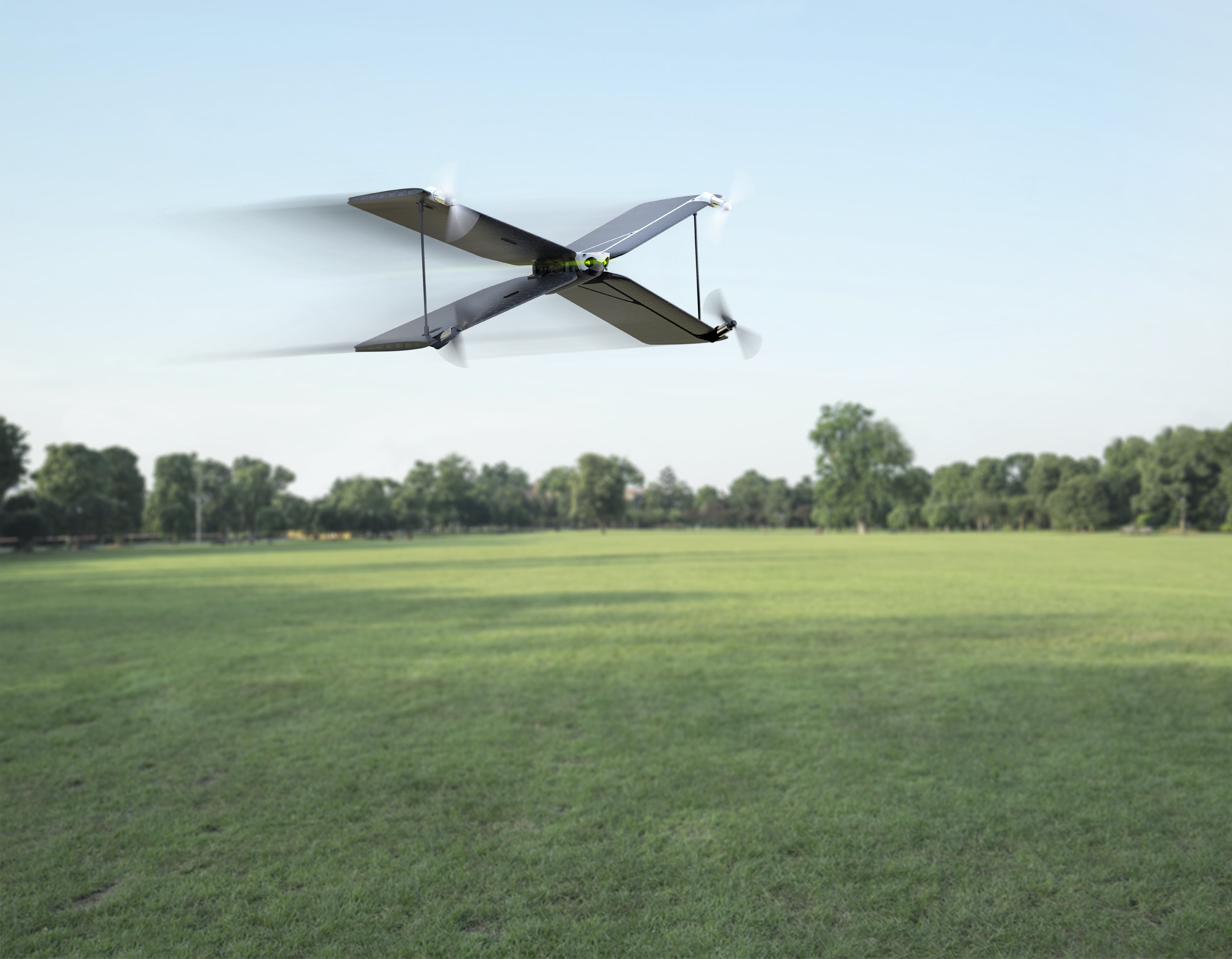 At
a much lower price point than their super-drone counterparts, The Parrot Mambo
and Swing (from left to right) are designed for casual drone flyers and for
children. The Mambo has an attachable cannon to fire pellets and Parrot hopes
to draw children away from computer games to flying drones outdoors.

Bringing the sensation of
flying to the masses

Chris
Roberts, Vice-President and Managing Director of Parrot said “At some point,
every person in the world has dreamed of being able to fly like a bird or pilot
an aircraft.” “The Parrot cockpit goggles will give you the perspective of a
pilot as you see exactly what the drone is recording as it flies.” 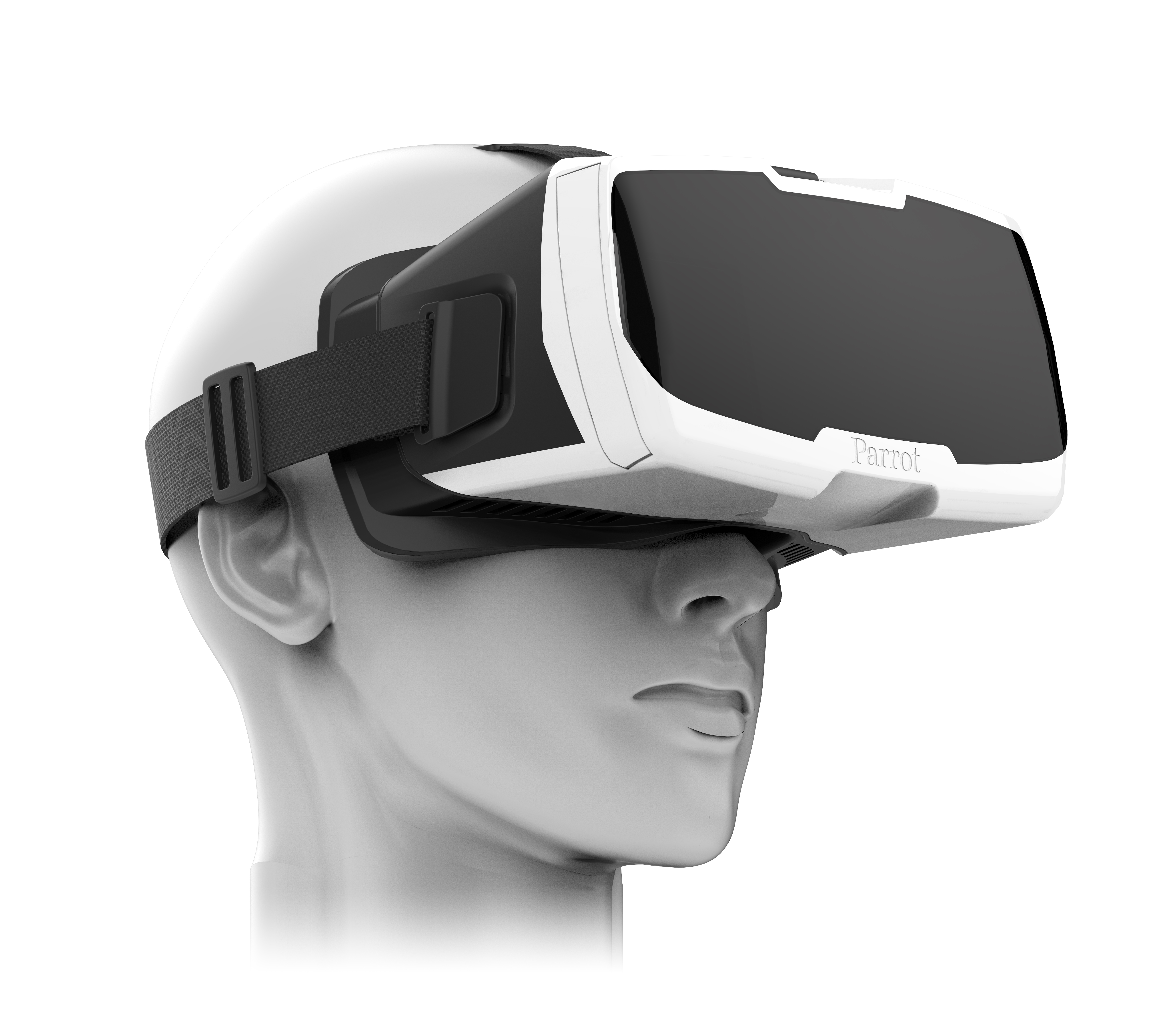 Putting
on the goggles and piloting the drone was a great experience as it really
imparted a sense of motion as you zip through the air with the controller. I
found that I had to sit down as that sense of motion clashed with the knowledge
that I was standing still. With the video captured at 1080p and streamed at
720p to the goggles with a field of view of 90 degrees, the quality of the
video was decent without any motion sickness felt by me. The goggles are
designed to be compatible with most modern smartphones and comes with
adjustable straps to ensure a comfortable fit for most.

Parrot,
the European company best known and remembered for their Parrot Zik headphones,
indoor and outdoor drones has expanded into the domestic home space with, guess
what a smart pot that will water your plants for you. 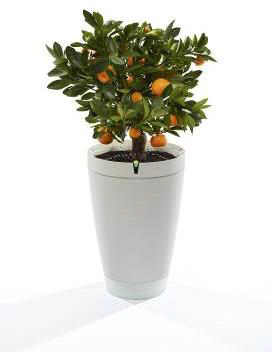 The
drones are undeniably fun to fly. But, there are already many different models
of drones available on the market today. While the cockpit goggles are a nice
differentiation and really adds an exhilarating sense of flying, consumers have
to be prepared to shell out the handsome price tag of at least US$1,020 (SG$1,400)
to bring one of these babies home.