Home / Articles / The Chinese Rat Race To The Top

The
Chinese Smartphone army is real and they are torpedoing their way into your
lives faster and cheaper than any other. If you have not heard of Phicomm, they
are an established Chinese-based company that used to focus only on networking
and communication devices for businesses. However, that is no longer the case.

Phicomm
has just launched its new flagship Smartphone the P660 which marks its transit
from an Original Equipment Manufacturer to a Smartphone brand. 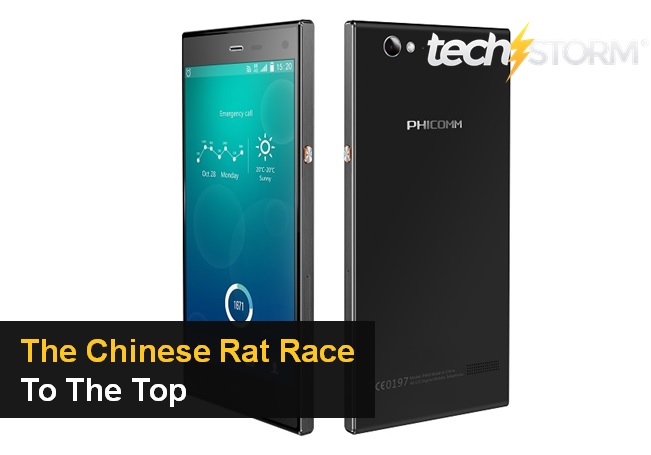 1.
This little wonder is packed with an Octa-core Qualcomm Snapdragon 615 and a 5”
Full High Definition 441ppi display.

2.
A 13MP rear-facing camera that works on a SONY CMOS IMX214 sensor and a 5MP
front-facing camera packed with a wide angle 84-degrees lens.

1.
The P660 is still running on Android 4.4.4 Kit Kat. The other Smartphones of
the same class including Xiaomi’s Mi4i and ASUS ZenFone 2 are running on the
latest Android 5.0 Lollipop.

2.
Although this is a dual-SIM Smartphone, the second Sim slot can also be
repurposed as an expandable memory slot. However, this is only compatible up to
64GB and with an in-built memory of only 16GB, memory maybe a concern for those
who do not spring clean their devices on a regular basis.

Our Two Cents Worth

It
is difficult to find a fault with a Smartphone that retails for such an
affordable price. However, it really bums us out that it is not running on the
latest Android 5.0 Lollipop as with all the other Smartphones in its same
class. Else, this really is looking like a great Smartphone for those
constantly surfing the Internet or those looking for a great entry-level
Smartphone at an affordable price.

Phicomm’s
flagship Smartphone, the P660 is now available in Singapore and retails for
SG$318.