Home / News / The Home Of The Future, Today

Like it or not, tech is taking over everything in our lives.
But! We don’t always have to think about an apocalyptic future a la Skynet –
how about the cool stuff that you see in the Jetsons? And you’ll be pleased to
know that we can already get a taste of the future, today. 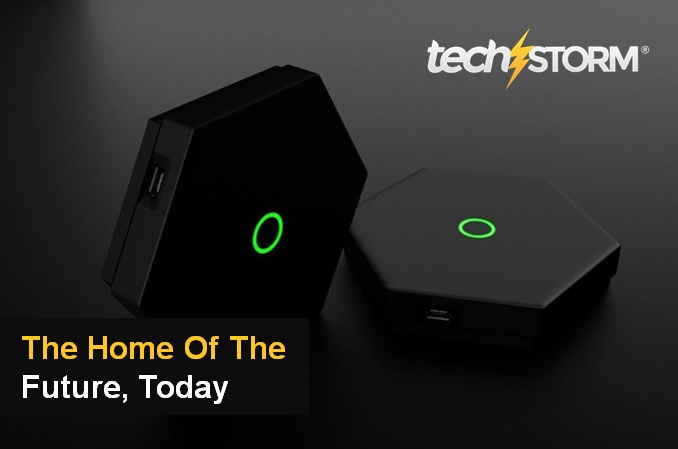 As technology advances and gets more affordable, the ideal
smart home gets closer to becoming a reality. You can easily get smart
appliances or set up a simple yet cool automated system (e.g. lights that turn
on by themselves) at home without breaking the bank.

While these automated systems that you can set up on your
own are far from JARVIS­level (unless you’re a tech geek), there are quite a
number of creative things you can achieve with these connected devices.

Turning your lights on and off
can’t be any easier right? Guess again. How about turning them on and off with
a voice command, or automatically when you leave the house? Some, like the Philips
Hue series, offer additional useful features like automated dimming
capabilities, or something whimsical like changing colours to suit the mood.

If keys are the bane of your
life, you might want to think about smart locks. As it is you can get one that
unlocks by reading your thumbprint, or by entering a passcode. But why stop
there when you can take it up a notch: unlock your door from anywhere around
the world for your friends and family, or set up your door to lock itself when
you leave the house, or have it unlock automatically when a specific person
arrives at your doorstep.

Cameras are extremely helpful
gadgets to have around the house. You can set them up to be used as security
cameras, or as a way to monitor infants, children, and the elderly at home. Or
maybe you just want to see what your rascally dog with ‘not-me eyes’ gets up to
when you’re not around. 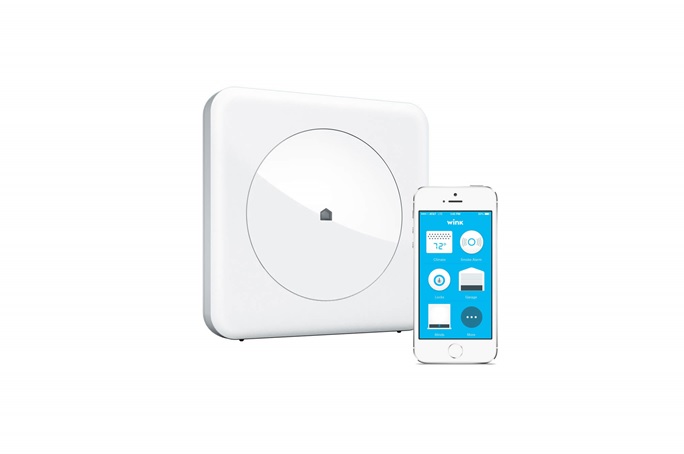 One hub to rule them
all

So what makes all these connected devices tick. The answer
is a smart hub. It’s the keystone here as it accepts triggers from sensors, and
sends out pre-­arranged commands to devices. Typically, you would interact with
the hub via your smartphone.

Voice of the future

Services like Google Now, Siri, and Cortana, takes internet
search and artificial intelligence to the next level – these are virtual
personal assistants. And now, we’re starting to give them voice commands to
make things happen. It’s not uncommon in tech for features and gadgets to
combine and become something bigger than the sum of its parts; and
voice­ controlled tech gadgets have got to be the coolest things right now. 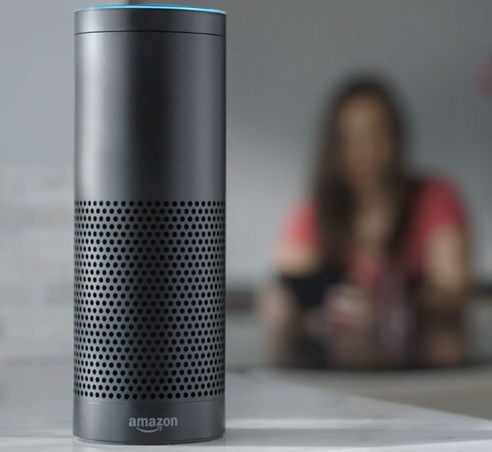 Amazon Echo The
Echo looks just like any other an unassuming wireless speaker. But, it has a
Siri­-like digital assistant called Alexa ‘living’ inside. Furthermore Echo has
some interesting tech to enable it hear your commands even from across the
room. While it’s not the first of its kind, Amazon’s reach has brought the
concept of the home digital assistant to the forefront.

Right now, you can buy compatible lights and switches and
control them with Alexa; ask Alexa about the weather and the traffic as you are
changing; before you leave the house, ask Alexa to turn off your lights and
appliances. It will be a watershed moment in your life – your poor man’s
JARVIS, if you will – because it kind of feels like living in the future,
today. And there’ll be more features to come. 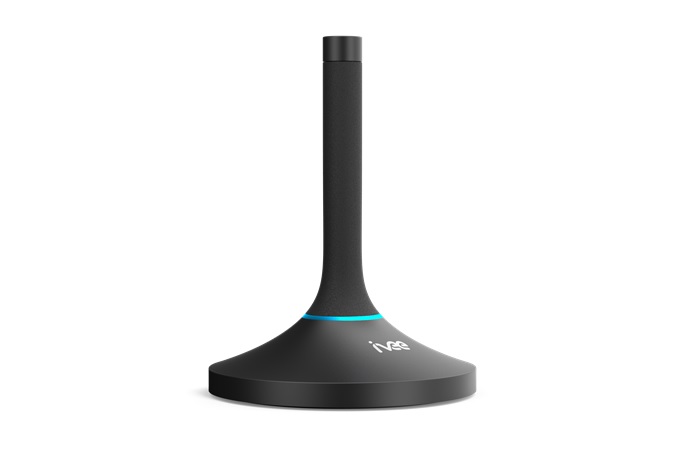 Ivee At time of
writing, Ivee is in the midst of its crowdfunding campaign on Indiegogo. It has
turned heads because of its irresistible price: it costs only USD$99. Much like
what Alexa does on the Echo, it will answer questions, check the weather and
traffic, stream music, as well as control other smart devices at home. It can
also help you request on-­demand services like Uber. 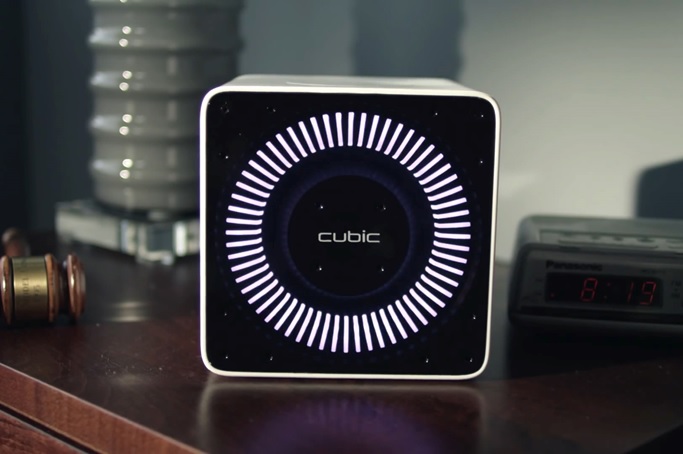 Cubic Cubic’s
focus is on AI: an AI with personality, says its makers, and its responses are
laced with humour. Apparently it ‘gets’ references, so for example if you enjoy
spouting Seinfeld lingo, Cubic will respond in kind. Due for a November launch,
we’ll soon see if it’s as clever as it’s made out to be. With a fairly
impressive list of supported services, there’s always a silver lining even if
the jokes fall flat. 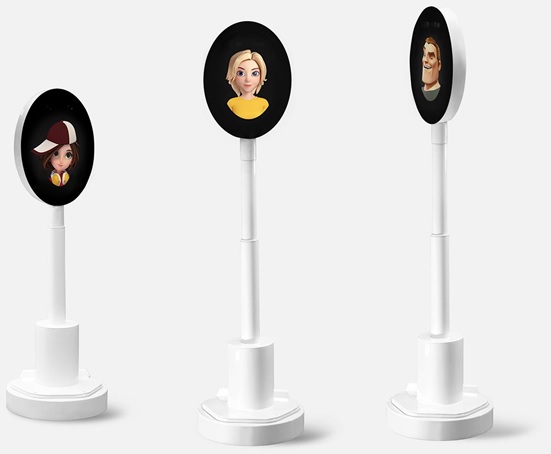 Robotbase Personal
Robot
If your tolerance for creepiness is rather high, personal robot may
be something right up your alley; imagine a tablet mounted on a stick on top of
a robot vacuum. Ironically it doesn’t vacuum, so go figure. The fact that it
can move autonomously around the house without assistance, makes it a perfect
personal assistant. In theory, of course. You can ask her questions, get her to
control all your connected devices, update you on what’s going on in the house
when you’re away, double up as a storyteller to your kids, and so on. Why do we
need humans any more?

You always need some cool devices with a wow factor to
convince yourself that a smart home is worth the effort. While these
already­ smart devices aren’t integrated into home automation systems yet, you
know it’s only a matter of time.

Klug Designed and
built in Singapore, Klug saves you money by adapting your air conditioner
according to the surrounding temperature. Its makers claim that savings of up
to 15% on your electrical bill is possible. It communicates with all major
brands and works right out of the box with all air conditioners that support a
remote control. 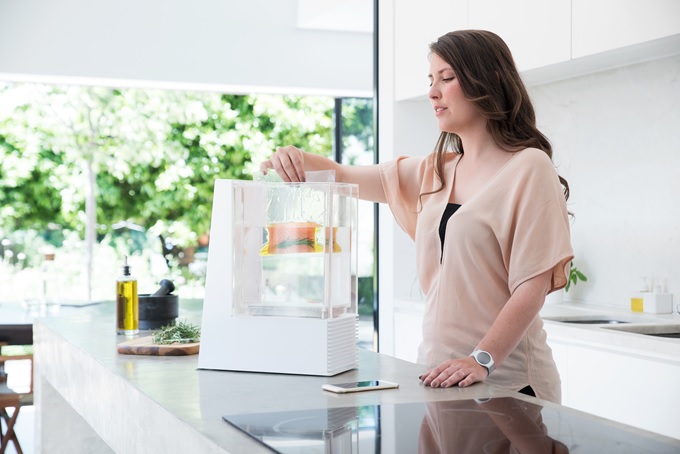 Mellow A smart,
Smartphone ­controlled sous­vide machine that also looks elegant on your kitchen
table. It’s capable of very precise temperature control to achieve results
previously only attainable at high ­end eateries. Mellow can also refrigerate
your food, so you can load up the ingredients first and have it cook to
perfection as you make your way home in anticipation.

Smarter Coffee It
grinds coffee beans, boils the water, and brews you a cup of coffee to your
taste – before you wake up. Not only that, it will send you an alert on your
phone to urge you out of bed. It also works with IFTTT and can recommend a
stronger brew if your smart band notices that you didn’t sleep well last
night…