Just like in the Science-Fiction movie Avatar, they grow, glow,
manifest and spawn right in your home

Remember that exhilarating and mesmerizing feeling you had
when you watched how the plants glowed upon touch in the Science-Fiction movie,
Avatar? What if we were to tell you, that there is a truly glowing plant
already in existence, would you believe us?

Antony Evans and his team of ‘mad’ scientists have perfected
the magical formula of real glowing plants right in your home! An ingenious new
innovation named the Glowing Plant is as its name suggests, a glowing plant
safe enough to be placed in your home and it even has a special variety that doubles
up as a an air freshener.

We managed to catch up with Anthony Evans to ask him about his
motivation and journey creating the Glowing Plant thus far, when he attended
the Emtech Asia 2016. This annual conference gathers the greatest minds of both
the technology and medical world to share their valuable insights and was held
from 26-27 January. 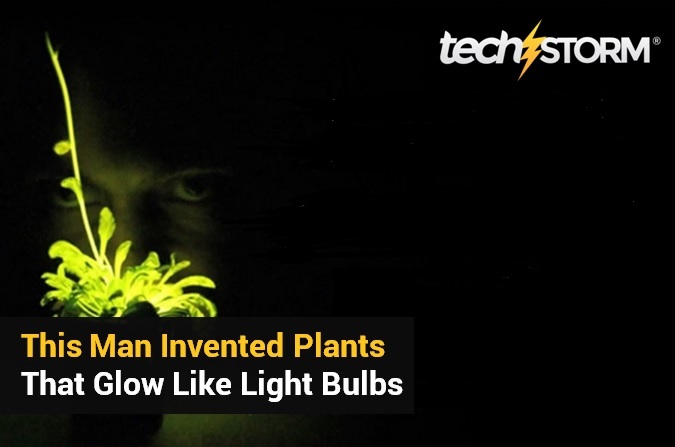 TS: Take us through from
the beginning, what triggered and inspired you to get this innovation going?

AE: I guess I was inspired at Singularity University, where
I took the 10 week graduate study programme. There I took a look at the amazing
exponential improvements that we are seeing in reading DNA – DNA sequencing and
writing DNA – DNA synthesis.

The idea that within my career generation, we are going to
be responsible for finally getting control of this process – in creating new
novel biological organisms. I want to be a part of that.

Five years ago, I didn’t know a lot about biology at that
time so I set out to learn about it, and I believe you learn by doing. So I
started going to a local hacker space called Bio-curious in SUNY-ville, where I
met biologists to about trends and trying for myself to understand what is
happening and if it is real.

During the collaboration out of those meetings, we developed
this hypothesis understanding that the tools for genetic engineering are
becoming democratised. They are becoming available to more people, and what
this means is that, in the very near future more people will be able to
engineer new biological organisms in the way that they engineer mobile apps
today.

So we wanted to inspire some of that future and that is where
the Glowing Plant project came from. This is in collaboration with a few guys
from Bio-curious, the idea here is to make a real Glowing plant. Glowing plants
have helped human fascination for a really long time, first mention going back
to India thousands of years ago. So we put up a Kickstarter page, which went
pretty well and we raised about half a million dollars to make this product – we
are pretty close to shipping its first version of that. 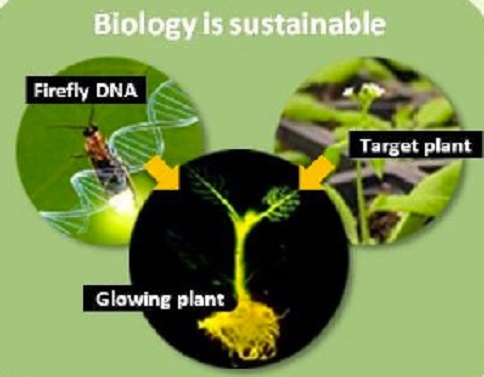 TS: So how long did
you take before you managed to come up with a working prototype?

AE: Well, I think the question would be more relevant if it
is ‘how long would it take us to make it today.’ When we started this, it was
pretty early in this field, we had to build a lot of the tools, technology and a
platform we call, TAXA. TAXA is a service that allows people to do genetic
engineering for novel useful functions with us. If we were to replicate the Glowing
plant now with tools that we built, I think it would probably take 18 months. The
Glowing Plant took us 3 years because we had to build a lot of these tools.

TS: When I first got
to know about the project that you are working on, me being a sci-fi freak what
first came up to me was Avatar. There is so much talk that Sci-fi is becoming
real and nothing is going to fiction, it is becoming Science-Nonfiction instead
of Science-fiction, so what do you think about it?

That is awesome. We create those futures; people will come
up with new futures. Human creativity is unbounded and un-trappable. I don’t
believe that everything has been invented, once we have uploaded consciousness
and implants that can access the Internet directly in our brain all the time,
and have engineered our bodies to never die – I am a bit sceptical myself, but
that is a great problem to have.

I think that is a terrific problem and science-fiction
offers a future that can grapple with that and I don’t think there would be a
problem coming up with new things too.

TS: What was the one
biggest challenge or roadblock you have faced in this process?

AE: I think it would be the online haters and learning to
deal with it. We work in genetic engineering which is a controversial field and
I did not anticipate a backlash until I threw a project out there and put
myself out.

We get a couple of hate mail, pseudo death threats and
people writing nasty messages. It is however, offset by some of our amazing
supporters. For everyone that writes something horrible, we also have people
writing something nice and supportive to us. 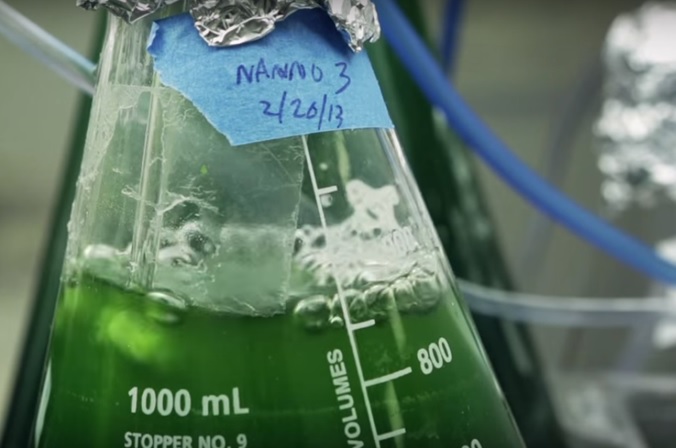 TS: Looking back, what
would you have done anything differently if you had known, what you know today?

AE: That is a good question. I think we would have started tackling
the most difficult problems first. Biology has a lot of dependencies; you have
to do A before B, before C and before D. We started in the beginning with A, but
probably what we should have done was start with C which was the most difficult
thing and maybe done more things in parallel. 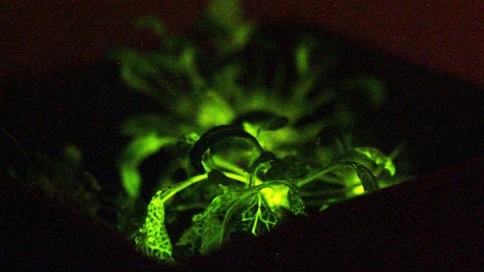 TS: What has been the
one greatest satisfaction working on this development so far?

AE: I think it would be working on something that you think
is important for humanity and the world. Having the chance to follow a dream
and be able to do that every day is great; I am very fulfilled with my life
right now.

TS: Name one
compelling end-user or consumer use case you have for your invention.

AE: Fragrant mosses are a replacement for air fresheners, it
doesn’t need petroleum based inputs, lives in your home and all you have to do
is water it.

TS: How would any of
the inventions you have been working on today, disrupt and change the world so
to speak?

AE: I think the most disruptive thing is that I have is a
different view on the GMO (Genetically Modified Organisms) debate. I believe
that consumer products made with biotechnology have a potential to change
people’s minds about GMOs and if we can do that, if we can disrupt that
resistance to that, then we have done something.

AE: Bill Gates talked about a computer on very desktop, in
every home. I would like to see a genetically modified organism in every home
and on every desktop in 2030.