Home / Articles / Unleash Your Dark Side

In leading up to the new installment in the Star
Wars franchise, Star Wars: The Force Awakens, HP has unveiled its Star Wars
Special Edition notebook. This isn’t just some sticker skin that HP stuck on
the notebook, optical mouse or cover, this is the real deal. 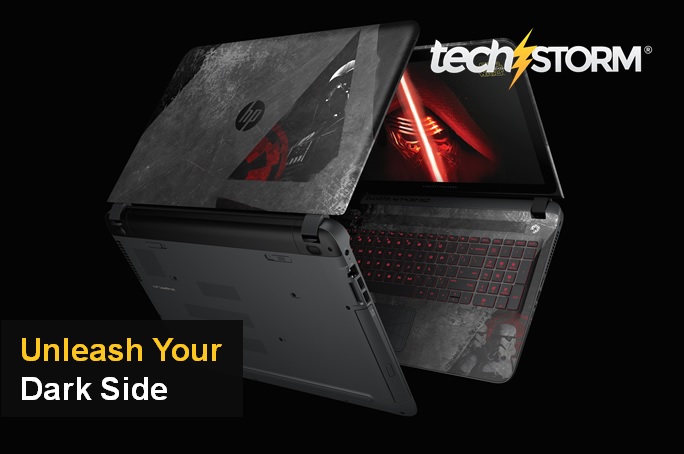 Aside from the usual, Wi-Fi, Bluetooth, 3.0 USB
ports, it boasts a 15.6” FHD screen, runs on the latest Windows 10 Home
version, a choice of between sixth generation i5 or i7 processors and an Intel
HD Graphics 520 or NVIDIA GeForce 940M graphic card. To top it all off, it comes
with an impressive 1TB HDD and 8GB worth of RAM.

It has a battery life of up to seven hours
(dependent on intensity of usage) and HP has upgraded their audio system to
Bang & Olufsen dual speakers for an more immersive experience when enjoying
music or watching a Star Wars film. 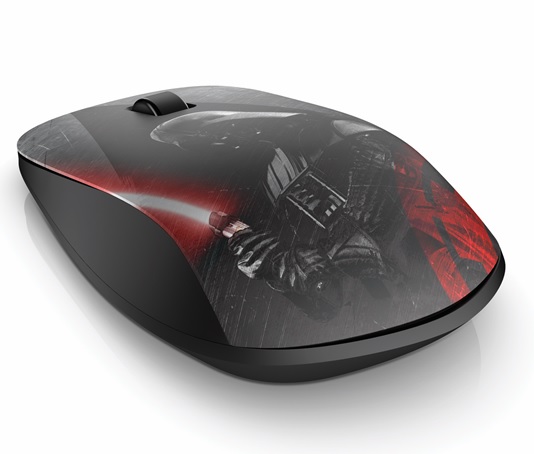 You will get special access to exclusive Star Wars
themes and galleries, which includes over 1,100 images collected since the
start of the Star Wars franchise – behind-the-scenes, storyboards, artwork,
etc.

Get your hands on the first Marvel Star Wars comic,
movie trailers and e-book snippets all ready for your entertainment at a click
of the mouse. Each and every aspect of the notebook both inside and out, has
been customized with the hardcore Star Wars fan in mind – this includes having
the option to use the Galactic Base Standard language, Aurebesh font as the
default.

The Star Wars Special Edition notebook will be
available within the next couple of weeks in Singapore, with prices starting at
US$925 (SG$1299). Pre-orders for the notebook has already begun on HP’s
official website. Prices for its matching accessories are still unreleased and
will be made available by the end of November.