Home / News / We Never Thought We Would Admit To This, But …

Huawei has
just launched its new flagship Smartphone the P8, and it’s a real shocker

If you think that Huawei is just a brand
only synonymous with business centres and computer server solutions, well that’s
no longer the case. With the new P8, Huawei has showcased to the world that it
is capable of integrating elegance and innovation into a Smartphone without
causing a pocket burn. 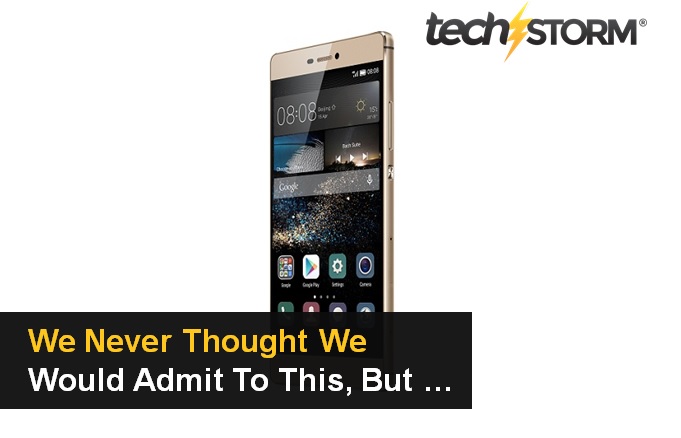 The Huawei P8 has a unibody that measures
144.9×72.1×6.4mm, weighs 144g, has one of the highest 71.4% screen to body
ratio and has a battery capacity of 2680mAh (in context the battery was enough
to last an entire day of regular messaging, email checking and social media
surfing). Admittedly the P8 does seem to be a little heavier than its
competitors by almost 10g or more. However, thanks to its nicely curved sides,
it fits perfectly in your hand no matter how small or big they might be.

Equipped with the Hisilicon Kirin 930,
Octa-core 64bit, 2.0GHZ and it operates on Android 5.0.2 (Lollipop). The P8
features a brilliant 5.2” Full High Definition (FHD) display with a resolution
of 1080p (1920 x 1080) and pixel intensity of 424ppi. It runs on 3GB of RAM
with an in-built memory of 16GB – If that is not sufficient to store all your
items, it also has an expandable memory slot which doubles up as a dual-SIM
card slot and is compatible up to 128GB.

Do
More with Your Camera

With a 13MP rear-facing and 8MP
front-facing camera, the P8 is able to shoot some really amazing images or
videos to your fancy. Its 13MP rear-facing camera is equipped with RBGW sensor,
1080p video recording capability,
f2.0
aperture and has a dual-colour temperature flash. In keeping up with the other
Smartphones launched lately, Huawei’s P8 camera comes with a manual mode
function which allows you to control their camera like how they would with a
DSLR. To further enhance the experience, the P8 has a DSLR-level independent
image processor which enables image noise reduction when shooting and
intelligent detection of a high-contrast lighting environment. So get ready to
wow your friends with DSLR quality images taken with your device!

For those who take videos of their adventures
or pet performing tricks, the P8 has got one more camera trick in store. Get
ready to film like a Hollywood director! Aptly named the Director mode, this is
the first ever professional-level video capture function on a Smartphone. What
this means is that you are able to direct and control up to three other Android
devices when shooting a video scene.

You know how sometimes when you are on
board a train or in between tall buildings in the city area, and you realise
that you have lost your reception? Well, Huawei has got the solution for
seamless network connectivity with Signal+ technology. This means that the P8
rapidly switches between antennas ensuring that you continuously enjoy a strong
network connection. So the days of losing a call connection while in the tunnel
could just be over!

One of the most awesome feature of the
P8 is that you can quite literally ‘call out for your phone with the ‘search
phone by voice’ function. This allows you to call out your misplaced
Smartphone, which will respond through its speaker to let you know of its
location. How cool is that really?

Our
Two Cents’ Worth

1. Although the P8 is a gorgeous
specimen by itself, its overall structure still lacks some creativity and
resembles you-know-which-Smartphone.

2. While we were downloading apps into
the device, we realised that it tends to heat up relatively quickly.

3. We really love the rear-facing camera
as it shoots really amazing videos at 1080p aside from just taking gorgeous images.

4. Overall, the P8 does work as a
mid-price range Smartphone that looks stylist without failing on the basic
requirements of a Smartphone.

The Huawei P8 comes in Mystic Champagne
and Titanium Grey and retails for SG$699 in Singapore.