Home / News / What’s The One Secret To Success?

Aside from just having the innate drive to succeed, this
secret to success is the one thing they taught you not to do in school

In keeping up with our weekly entrepreneurship
spotlight, this week we speak to one of Singapore’s most reputable photographer
and technopreneur celebrity, Willy Foo. He has almost twice the amount of
followers on his Facebook page as compared to Singapore’s most prominent
figure, its Prime Minister. For those who have not heard of Foo, he is a
professional photographer by profession, does public speaking and is a coding programmer
by training.

However, photography was not his first love
or his first start-up venture. As with all successful entrepreneurs, Foo made
mistakes, lost money and had relationships turn sour.

So how did he get from almost being declared
bankrupt, to being one of the highest paid and most reputable photographers in
Singapore? Well, here’s his story. 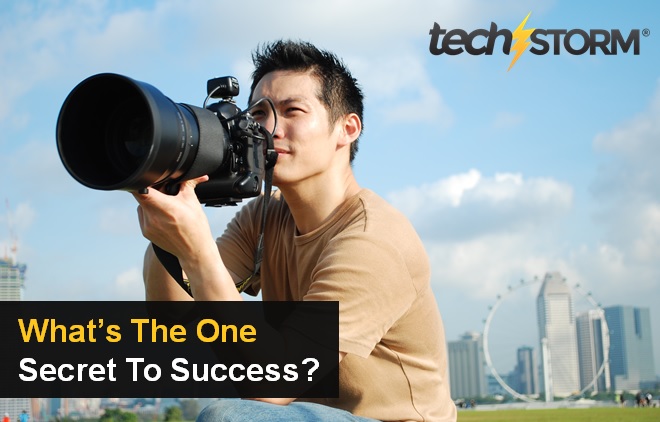 Foo’s first brush with entrepreneurship
started when he was just 17, when he wanted to purchase a novelty pen that had
a pre-inked stamp.

‘As I walked out of the place happy, I
thought to myself that if I am that keen to take a long bus ride all the way
there, spend the only money I had to buy this, there must be other people who are
keen as well. So I walked back into the shop and asked if they needed a
salesman. The shopkeepers were taken aback but after some words exchanged, I
was hired,’ said Foo.

Just within the first week, Foo was one of
the top grossing salesmen the company ever had. After just three months, Foo
was actually given the position of a marketing manager, was strategizing sales
pitches and even conducted sales training for those much older than him – mind
you, Foo was just 17.

Prior to photography, Foo had started
learning to code at a young age of six from his Uncle – and excelled at that. Photography
started much later in life as a hobby for Foo, until he realised that he could
actually put his love for coding and passion for photography together.

It started when he was working as an IT
Manager for a Food and Beverage Company. He proposed to his boss that he would
write a code that would transfer the images he took during the event to the
large display screen.

‘The impact was interesting because the
attendees of the event have never seen anything like this before,’ said Foo.

The rest was history.

Live
Studios And Beyond

The reason for diversifying his business is
simple – Foo says that each segment of his business has a different economic
cycle and with the diversification his services, Live Studios would not be
severely affected if the economy crashes.

When asked what measures has Live Studio
taken to guard itself against the volatile economy, Foo said, ‘We are trying to
find ways to make sure that when it happens, we would have found a way to soften
the impact on the business.’

If it is one thing that Foo strongly
believes in and encourages people to do, it is to make mistakes.

He strongly believes in ‘failing in order
to succeed’. By failing, Foo means, making mistakes and applies this logic to his
successful business empire. Note that this is coming from an entrepreneur who was
almost a declared bankrupt, after a failed business venture during the .com
crash – Trust it.

‘In business, if you don’t make mistakes
you don’t hone yourself to understand what the pitfalls are. You need to know
what they are (pitfalls) in order not to make them,’ said Foo.

Getting to terms with failure is difficult.
This is especially so when we all live in a competitive environment and have
been conditioned with an education system that deems you a failure if you do
not score 50 out of a 100.

However, what many of us do not realise is
that, it is exactly this negative stigma that stifles creativity and
entrepreneurship.
‘I have a gripe
about universities, because it gets people exam-centric and fearful of making
mistakes,’ said Foo.

‘You will fail, the trick is not to fail
after having spent so much effort and money on it.’