Home / News / Why Have One When You Can Have Three?

So
instead of going the conventional route of releasing one or two variants of a
Smartphone, Sony has gone ahead to release three. Introducing Sony’s newest
range of Smartphones, the Xperia Z5 Compact, Xperia Z5 and Xperia Z5 Premium.

These
three may be significantly different Smartphones, but a few features remain
constant amongst them. They pack the same high-end camera, quick
charge capabilities, run on Google Android Lollipop 5.1 and has Sony’s signature
waterproof and dust tight features. 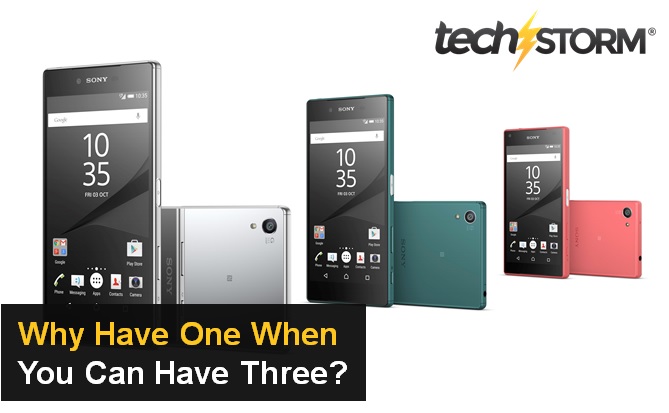 What Are The Differences?

As
its name suggest, the Z5 Compact is the smallest in both physical size and internal
specifications as compared to the other two – which also translates to it being
the more affordable version of the three. Physically, it boast a 4.6” HD
display, weighs a light 138g and measures 127 x 65 x 8.9mm. Significantly
smaller than many of the other Smartphones that you may be used to.

The
Z5 Compact runs on Qualcomm Snapdragon 801, 64bit Octa-Core processor, 2GB RAM
and a comfortable 32GB of flash memory. An all-rounder phone that
will work for those who are light Smartphone users as it does have a slightly
small battery capacity of just 2700mAh.

To
further differentiate each model, there is a specific colour
selection available for each. The Z5 Compact is available in four colours,
namely Graphite Black, White, Yellow and Coral. 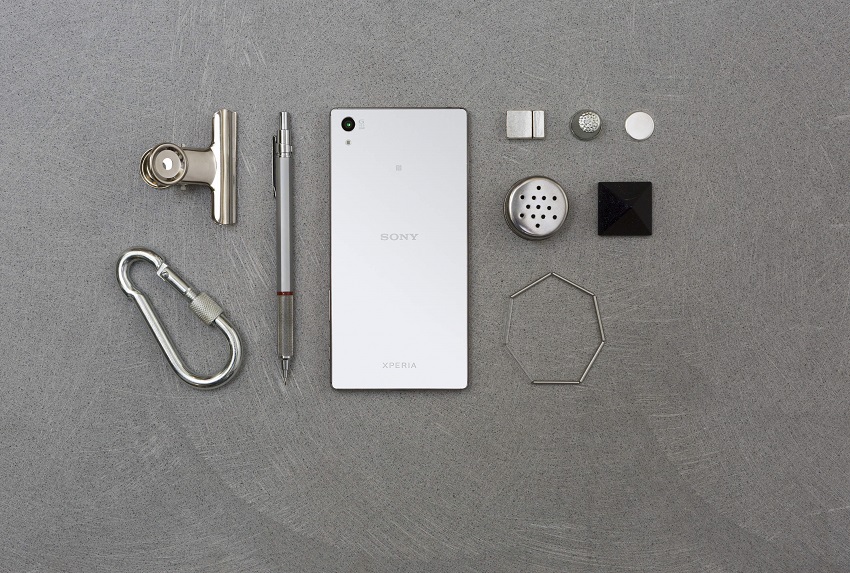 Think
of the Z5 as a less flamboyant and no frills version of the Z5 Premium. In
summary, most of its specifications are the same internally, but the Z5 is
slightly smaller and therefore lighter than the Z5 Premium physically.

The
Z5 runs on Qualcomm Snapdragon 810, Adreno 430 GPU, 3GB RAM, 32GB flash memory
and 2900mAh battery capacity. Enough power to run any RPG or high demand games
while downloading applications and running a few others in the background.

Physically
the Z5 measures 146 x 72 x 7.3mm, weighs 154g and boasts a 5.2” FHD display. Not
much to shout with regards to its measurements, however this is a good size for
those who are looking at portability without the bulk.

Colours
available for the Z5 include Graphite Black, White, Gold and Green.

What
truly makes the Z5 Premium, premium is its display. While other
Smartphones are still going gaga over FHD resolution, Sony has gone a step
further by coming up with a 4K 5.5” UHD display – this is the first Smartphone in the world to be built with such a high-resolution display.

Internally,
the Z5 Premium has the same processor, RAM and flash memory as the Z5. Minimal
internal differences include a larger battery capacity that measures 3430mAh
and needless to say its 4K display.

Physically,
it measures 154.4 x 76 x 7.8mm, weighs 180g and has a relatively large 3430mAh
battery capacity. If you are wondering about its weight relative to Apple’s
iPhone 6 Plus or Samsung’s Note 5, the Z5 is just slightly heavier –
approximately 8g.

The
Z5 Premium has the most fancy colour selection available amongst the three, it
is available in Chrome, Black and Gold. What’s more, its shiny – think mirror
effect reflection kind of shiny!

The
most consistent and noteworthy feature amongst all three Xperia Z5 models, is
its camera. All models are equipped with a 5MP front-facing and 23MP
rear-facing camera.

Let
us first discuss about the rear-facing camera that packs a powerful and new
1/2.3 Exmor RS for mobile 23MP sensor and 2.0f aperture lens. This is the first time Sony has changed its camera
module since its very first Xperia Z1 model that came out a couple of years
ago. What this really translates to is, super fast auto-focus in a Smartphone – fast enough for you to capture moving objects easily, clearly minus the
blur. 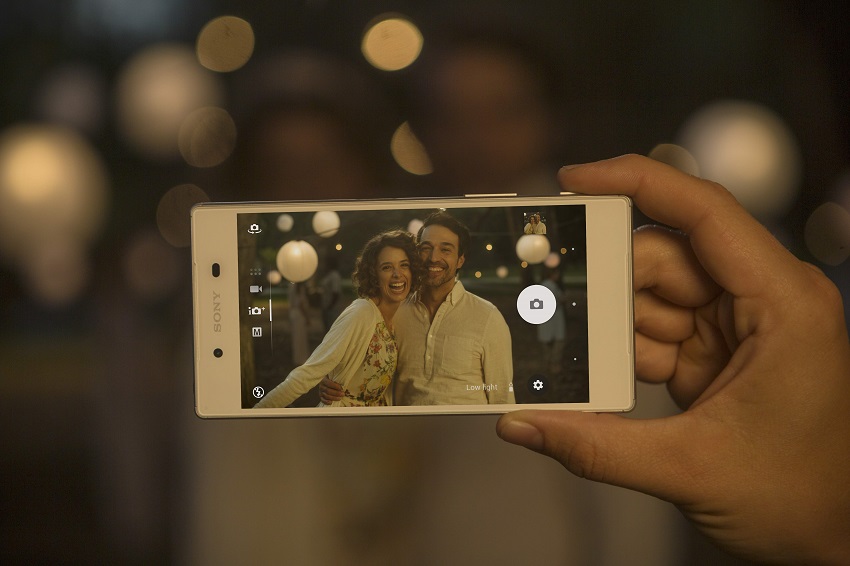 Advancements
in low-light photography have also been made with the range of Z5 Smartphones. This allows you to take better images and videos without it looking like a
pixelated mess – when taken in dim light environments. Think better images at a
bar or restaurant without the horrible blinding flash!

In
addition to this, you are able to record your life moments in ultra-clear 4K
resolution. To prevent unnecessary jolts when filming, there have been
improvements in Sony’s SteadyShot and Intelligent Active Mode for better video
quality. However, with great resolution comes great file size. So if you do video record a lot in 4K resolution, get ready to max out your flash memory quickly.

For
those who need more memory due to pictures or videos, you will be glad to know
that Sony has not taken the ever precious expandable memory slot away –
thankfully all is not lost. The expandable memory slot that can be found in any
of these three models can accommodate up to an extra 200GB worth of memory.

When Are They Available?

The
Xperia Z5 and Xperia Z5 Premium will have options for Single SIM and Dual SIM
variants.

Prices
for all three models are still unreleased.

Now just place your finger on the screen lock/power button and your screen automatically unlocks itself. No more ridiculous swiping of your screen to enter your password anymore!

The Z5 premium on the other hand will retail at SG$1098 (US$771) and only available from November onward.